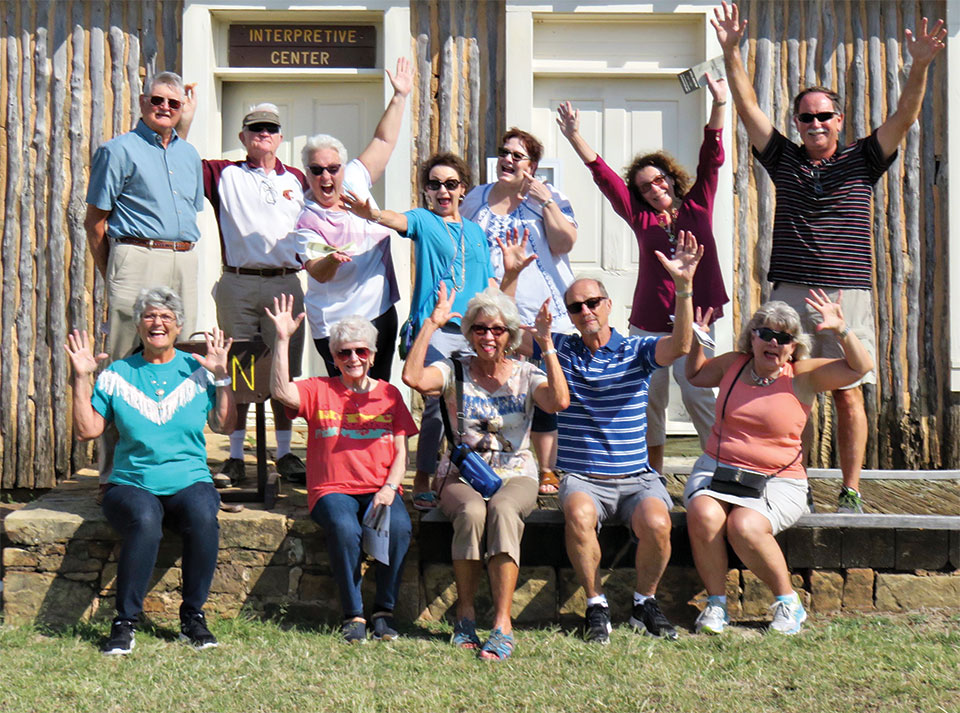 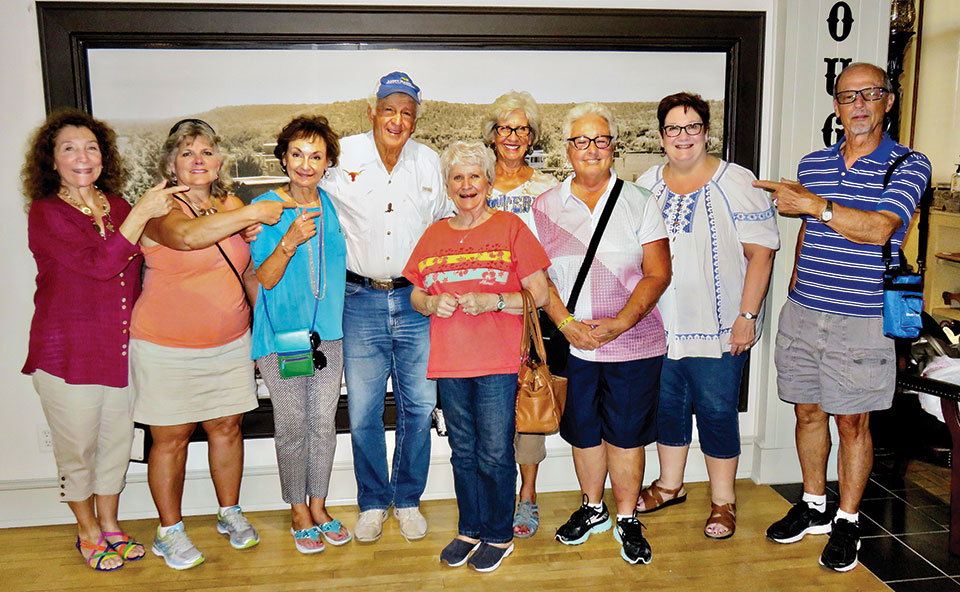 The Robson Ranch Road Runners can offer travel packages in just about any size. On September 21 a dozen Ranchers loaded a bus and headed out on a two-day trip highlighted by a visit to the Wildcatter Ranch. The first stop of day one was Fort Richardson State Park and Historic Site. During Fort Richardson’s 11 years of active military existence it was home to more than 5,000 U.S. Army soldiers. The Fort originally had over 60 buildings. After the visit to the Fort we proceeded to Graham, Texas, home of the largest downtown square in the United States. While many of the Road Runners were visiting the historic post office and museum, a Texas celebrity, Dean Smith, appeared right next to a display case of his memorabilia. Dean Smith was a gold medal winner in the 1952 Olympic Summer Games. He later became a stuntman for John Wayne and Dale Robertson. Dean pointed out John Wayne’s hat and rifle from True Grit and Dale Robertson’s hat from Wells Fargo in the display case. When we arrived at the Wildcatter Ranch we passed grazing longhorns along the road. The ranch was situated on a hilltop that overlooked beautiful Texas prairie below. After the evening meal we toasted marshmallows and made s’mores under the stars. Some of the Road Runners hit the pool, enjoyed the spa or went on a horseback ride before we loaded our bus. On our return trip to Robson we enjoyed a beautiful patio lunch that overlooked the famous cliffs of Possum Kingdom Lake. We stopped and had a private wine tasting and tour at Marker Cellars Family Winery. Marker Cellars only produces 1,100 cases of wine every year. Their wine can be found locally at Metzler’s and Paradise.

Everyone agreed it was a wonderful tour of nearby Texas. To join the Road Runners or to see a list of exciting upcoming trips go to www.rrrrclub.com.