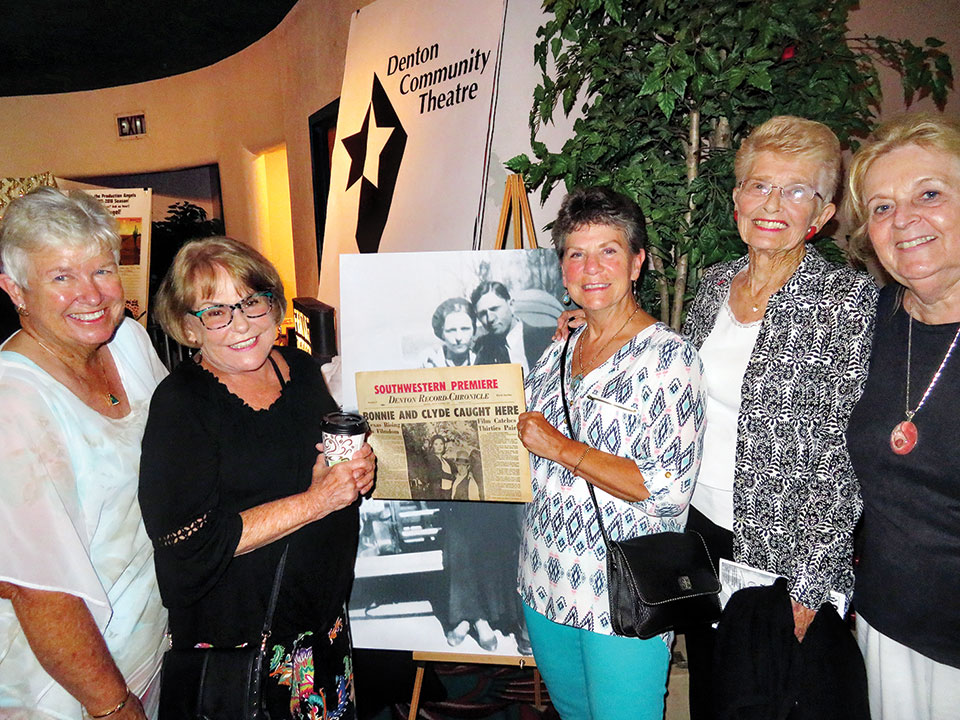 Road Runners traveled back in time to re-live the story of Bonnie and Clyde, renowned folk heroes and Texas law enforcement’s worst nightmare, at Campus Theater’s production of Bonnie & Clyde The Musical. The Tony-nominated production is the musical biography of Clyde Barrow and Bonnie Parker, the outlaws from Texas who hijacked the American imagination during the Great Depression.

The history of Bonnie and Clyde is well-known. Lovers living a life of crime, Bonnie Parker and Clyde Barrow’s roots ran deep in the North Texas area. Denton was a favorite stomping ground and hideout for the notorious pair going all the way back to Clyde’s youth. Throughout the first half of the Great Depression, Bonnie and Clyde staged multiple robberies and heists in downtown Denton, one involving a car chase that passed through the Denton Square.

Since their infamous streak of robberies and murders, which ended with the two being killed in an ambush on May 23, 1934, their story has been told through numerous songs, poems and movies. This musical repackaged the tale of Bonnie and Clyde as a “story for our time.” Eighty years after the couple’s crime spree came to an end, the story is still relevant. Violent acts, driven by poverty and desperation, and sacrifices made out of love are behaviors that have endlessly manifested throughout human history.

Live theater possesses the unique ability to promote the audience’s connection with and understanding of humanity. Stage productions produce a special energy and magic as you are transported into a different world where live, moving and talking (sometimes singing and dancing) actors become completely different characters in front of your eyes. Plan to join Road Runners again as we experience the vitality of Campus Theater’s future productions. But you don’t have to wait until then. Go see a play or musical today!