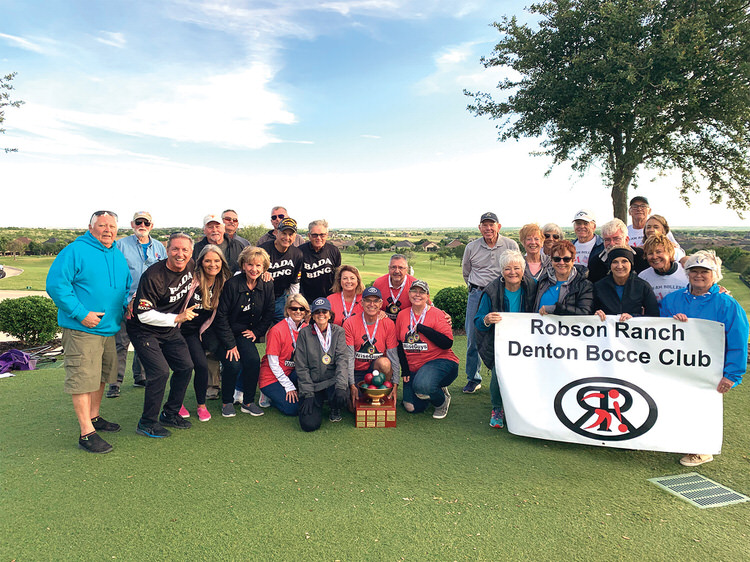 The Robson Ranch Bocce Club playoffs were delayed by one day due to rain. The weather for the playoffs was cooler and windy, but at least it wasn’t 95 degrees! And to add to the fun, donuts and beer were provided (and some water). With the change in the date, it was also appropriate that bocce finals landed on National Wine Day!

The playoffs had the top 90 teams in the playoffs. The top two teams from each of the nine divisions, plus the next best overall ranked teams in the league, were placed in the finals. All teams were “seeded” from the regular “end of season” rankings of 1 through 90.

Round 1 went by the book, with only one team upsetting a higher-seeded team. That was #16 Bocce Rookies (22), knocking out #5 Team Willet (11). The Championship Tournament of 16 teams also went mostly by the rankings. The big upset was overall #1 The Big LeBocce, getting sent home in the “Elite 8” round by #9 Can Am Rollers!

In the Championship match, Wise Guys were behind by three points and busted up a bocce group with their second to last shot. Grab Your Balls missed getting their last bocce near the pallino. Wise Guys rolled their last bocce in close and got all four points as the clock ran out, winning Game 3 by one point!

It was a fun and exciting spring season. We are all looking forward to the fall season, which begins in August.