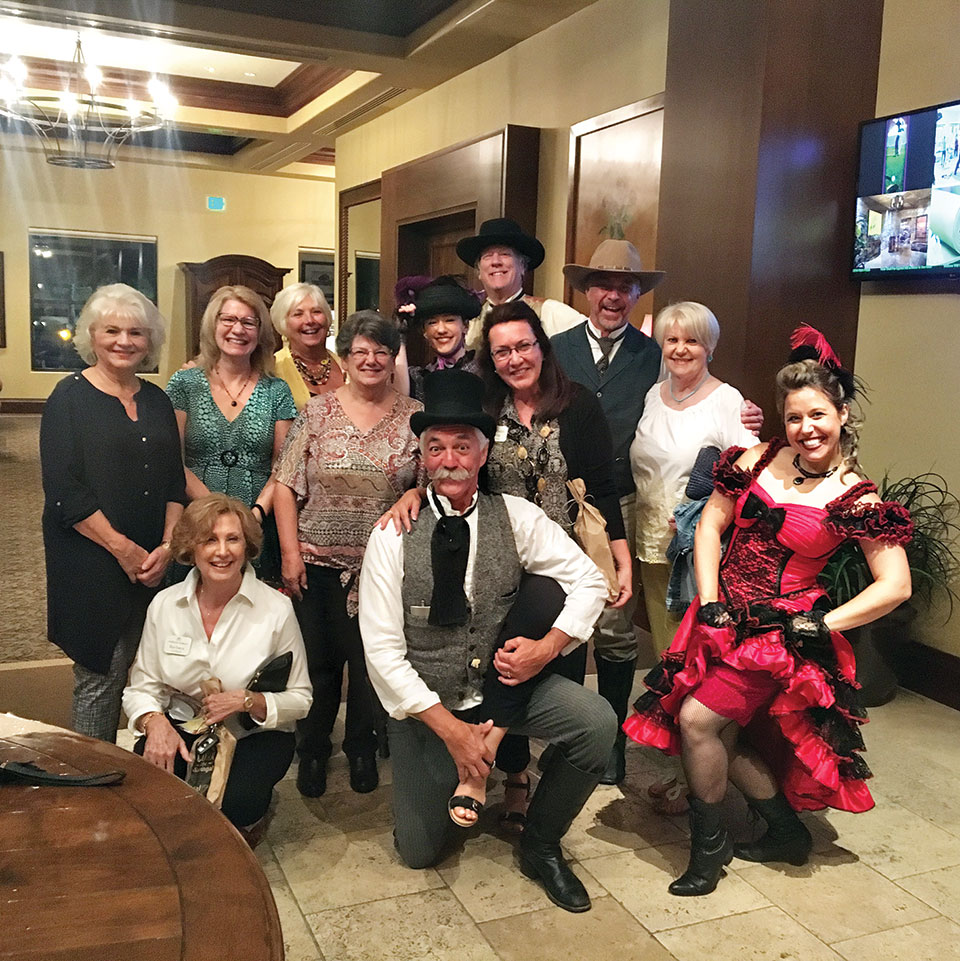 The cast of Fallen Angel

Lagniappe Productions is a professional production company with over 35 years of experience and literally tens of thousands of shows. They specialize in 1880s Wild West entertainment, and they’ve branded their wacky western style of comedy entertainment “Where Historical Meets Hysterical®”. After a 90-minute show full of laughter you’ll agree this is interactive Murder Mystery Dinner experience is unlike any other!

Rebecca Angel was murdered! Apparently “Angel” had fallen on hard times and intended to climb back up any way she could. She stopped at nothing: committing bank robbery, blackmail, even double-parking her horse. It also seemed her little black diary made for better copy than the National Enquirer and everybody’s secrets were out!

Did Esperanza have a need for revenge or did she just not want the competition in a bad economy? Did Hyrum Q. Justice “see” something about Rebecca that made him snap? Did the Reverend Brimstone’s “private healings” go too far? Or perhaps Helen and her “friend” finally got away with murder? Did you guess the murderer?

The actors did a fabulous job interacting with guests, and the crowd loved it! Gisela Troncoso was excellent as Esperanza’s helper, and a few of the men, Gene Ehler, Larry Klein, and Rocco Bousanti, were the brunt of a few jokes.

Chef Aubrey Daniel prepared a down home dinner with meatloaf, mashed potatoes, vegetables and his very own bread pudding! The Wildhorse Grill bartenders did a superb job taking care of guests.

Lagniappe Productions will be back next year for another outstanding show.