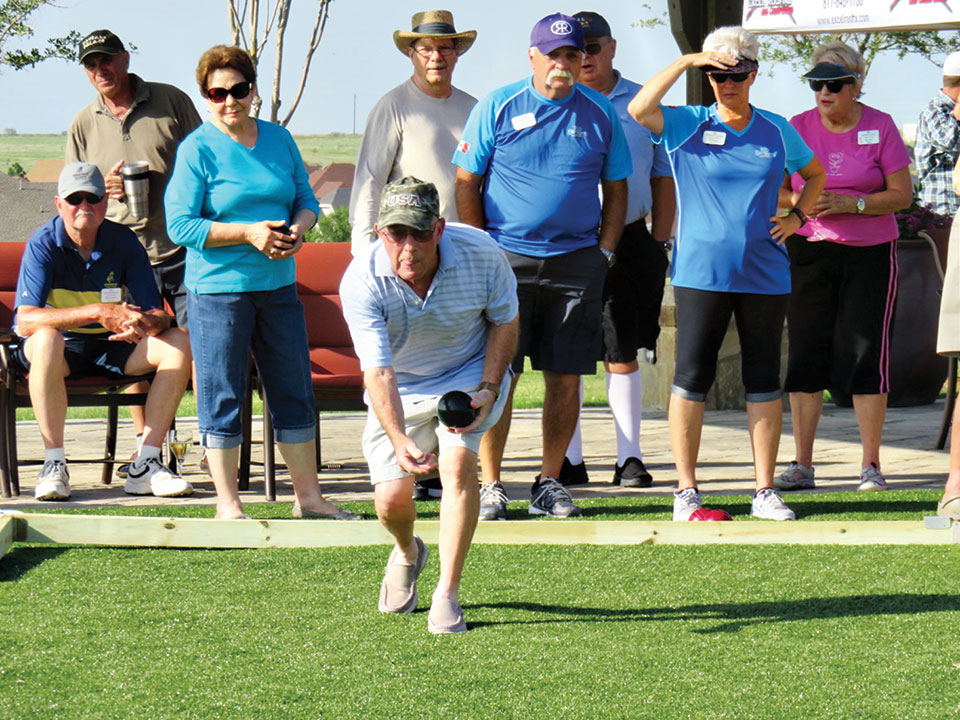 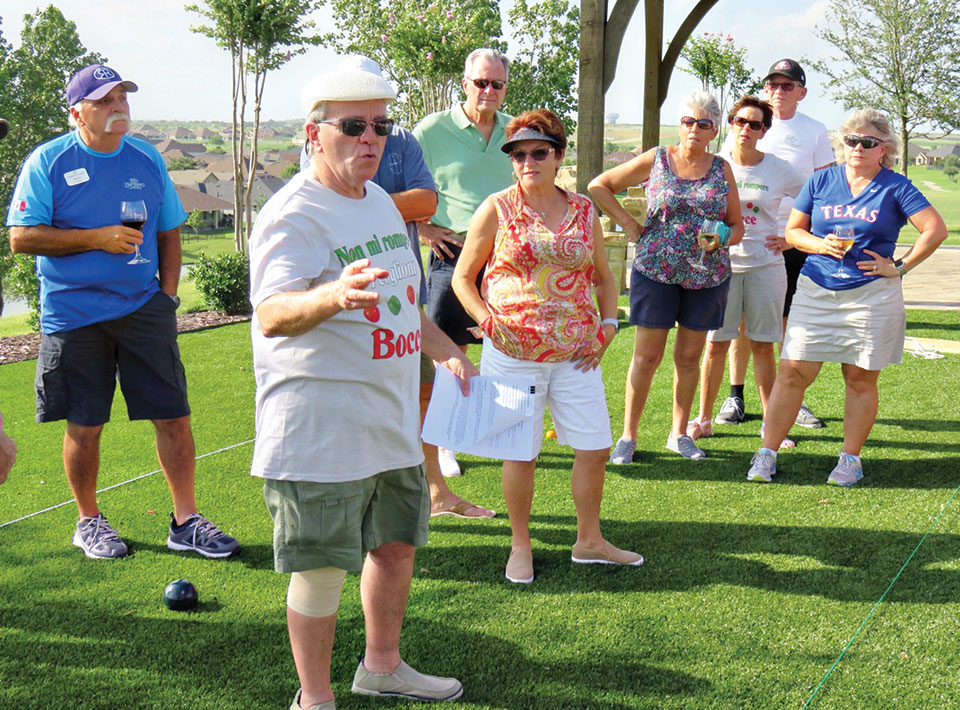 Bocce, the second most popular participatory sport in the world 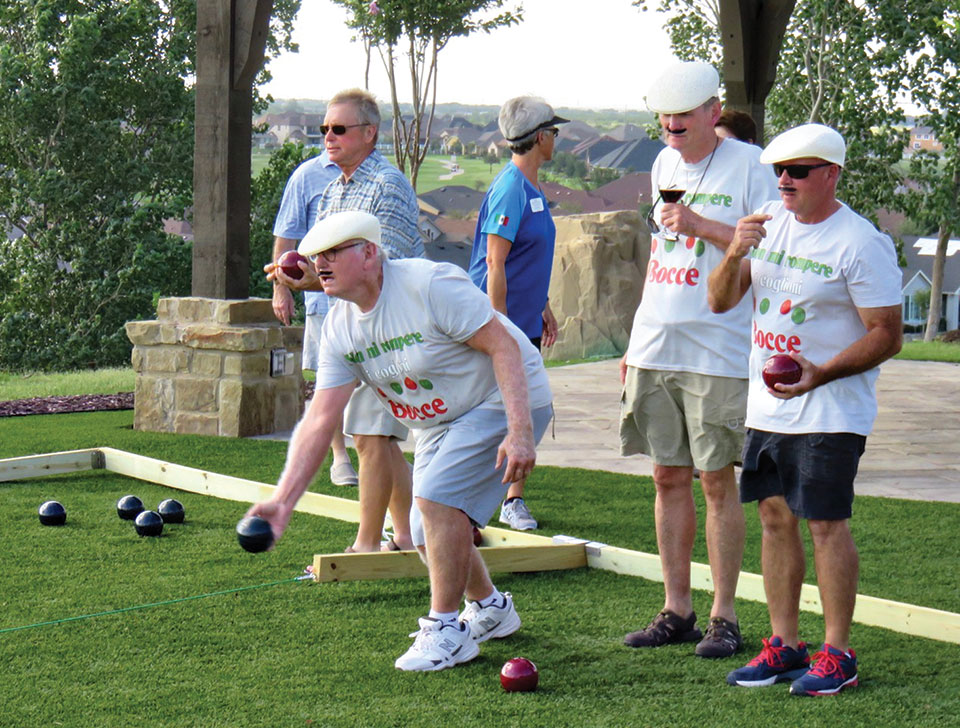 Bocce League play is underway! The eight-week summer league started June 14 and will continue every Wednesday with eight co-ed teams. Great Italian music was played on the PA system while participants enjoyed a selection of Italian wines generously donated by Excel Roofing. The Wildhorse Grill offered bar service and Italian-themed food on the patio. League championships, a challenge match against the Grill staff and even an open tournament are planned. With the cooler fall weather and to help accommodate the more than 100 players who have already signed up, we will be adding a second league of eight additional teams when fall Bocce gets rolling!

So, what is this game? How is it played?

Bocce (boh-chey) dates back to Egypt around 5200 BC. Roman soldiers played it in the Third Century B.C. (That makes the game older than most Robson Ranch residents!) Immensely popular in Italy, famous Italian players included Galileo and da Vinci. Non-Italian George Washington had a court on his Mount Vernon estate. Occasionally banned by kings and the Catholic Church if the game interfered with military or religious life, players have even been sent to prison for playing!

Italian immigrants brought the game to the U.S. It was most popular in urban centers with large Italian-American populations. According to Mario Pagnoni, “The ancient sport of bocce suffers from an image problem. It conjures up this picture of old Italians with a glass of wine and a stogie.” I don’t really see a problem with that! “One of the problems was that old Italian men didn’t let women or kids play,” Pagnoni says. Now, women and younger players are helping to lead a surge in popularity. According to the World Bocce Association it is currently the second most popular participatory sport in the world!

Often compared to shuffleboard or horseshoes, it can be played on a variety of surfaces. At Robson it’s played on artificial turf. The turf provides a consistent roll but still challenges player ability to read the break much like putting in golf. Our four portable courts are 10 feet by 60 feet. Guy Meier (Cool Screens Texas) donated a storage cart for them.

Following a coin toss (the morra in Italian) play begins with the toss of a small ball called the pallino. Players then take turns rolling larger balls called bocce to see who can get closest to the pallino. Points are awarded for the number of a team’s balls that are closer to the pallino than the opponent’s closest ball. If a bocce comes to rest in contact with the pallino, an extra point is awarded. This is called a baci, a kiss!

Skills in making different shots are important, but a premium is also placed on strategy. A player can roll a bocce with the intent of displacing the bocce of the other team or even the pallino. Such moves can instantly change the game and the scoring.