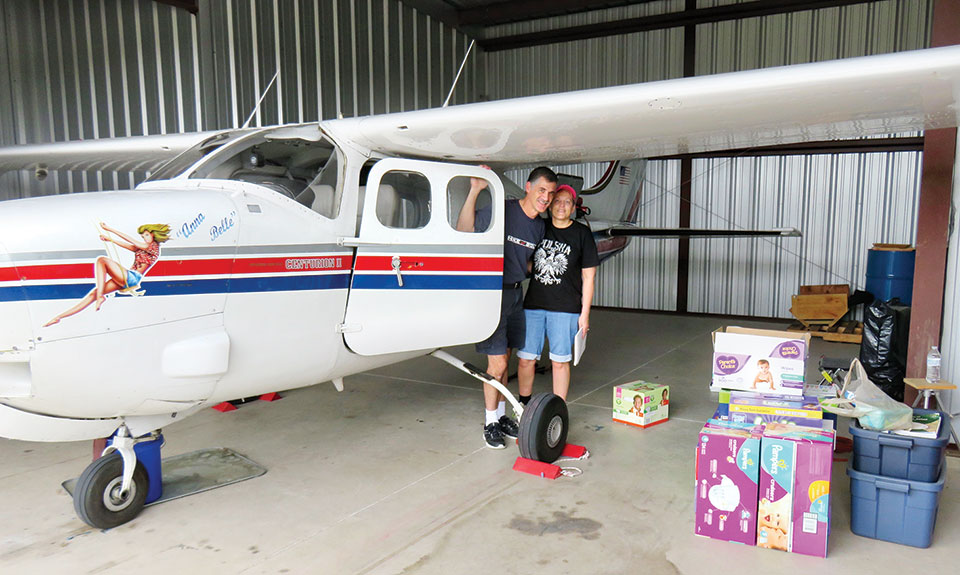 Donations were flown to help survivors of Hurricane Harvey.

Countless Robson Ranch residents stepped up to help survivors of Hurricane Harvey that devastated Houston and the surrounding region. Larry and Ann Brown organized a Robson Ranch direct donation of goods to be flown to South Texas. Car loads of donated supplies were driven to the Denton airport where Larry flew a plane load to Rockport and two other pilots flew loads to Beaumont. This was a special opportunity for Robson Ranch residents to contribute directly to immediate aid to devastated communities in the Gulf Coast. Rebecca and David Laschinger and Kari Hahn organized efforts to assist in help for animals impacted by the hurricane. Rebecca and David assisted a rescue group specializing in dogs that needed foster homes when all of the foster homes were filled in the Houston area. Kari Hahn assisted in obtaining donations for animals that filled trucks heading for the coast. Yrene Gannon, Richard Svoboda and Gary Tong assisted and posted information on many efforts to contribute and help victims. At Robson Ranch virtually every resident helped or contributed in some way. We will never know of all of the names that stepped up to help the unfortunate victims of this catastrophic event but thank all those known and unknown.