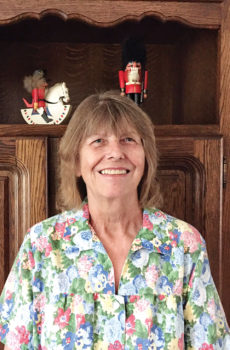 Jason Fox, Regional Security Officer at the American Consulate in Frankfurt, Germany, is called to a murder scene by German police. The victim is Ursula, a German who works at the Consulate. Jason must work with German police to determine who killed the victim, German or American. During his investigation he uncovers possible missing classified documents and enlists the assistance of a newly-arrived American employee at the Consulate, Amber Lockwood.

As he investigates Ursula’s murder he must also deal with a Secret Service Advance team for an upcoming Vice-Presidential visit, the Consul General who wants the homicide to be solved immediately, and his long-distance relationship with Helen, a woman working at the American Consulate in Dusseldorf. During a search of Ursula’s work area, Jason discovers cryptic annotations hidden in her desk. Knowing Amber can’t be involved, Jason asks her to examine the puzzling data and report only to him.

The courier office identifies the missing classified material as volatile White House position papers for an upcoming conference. If exposed, the information could put the United States in a politically embarrassing light. Jason races to find the documents or discover who has them. If he can’t, he’ll have to report their loss to Washington, a career-ending event.

When Amber’s research uncovers oddities in visa issues, Jason suspects malfeasance. After he interviews staff members, yet another Consulate employee, an American this time, dies under suspicious circumstances. Shocked by this second death his Consular superior blames Jason and demands he cease his investigation. Despite a nagging guilt over his previous interrogation of the victim, Jason refuses to back down despite threats of a direct transfer to the U.S. and continues to search for the killer.

BIO of Jackie Kennedy Moore: I worked for the State Department Diplomatic Corps for many years at American Embassies/Consulates all over the world. This background experience inspired my fictional murder mystery.