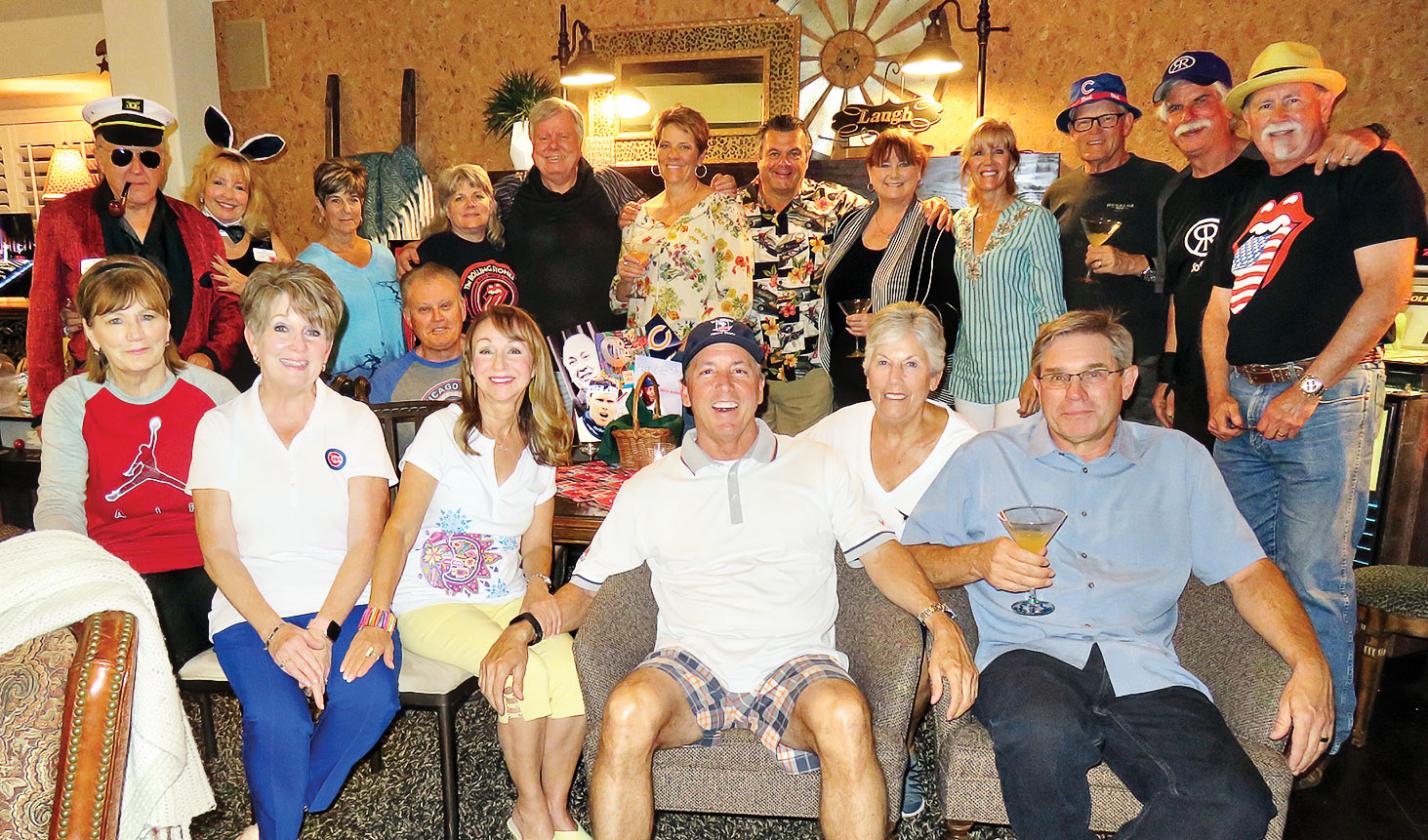 The House Band (host) for the April meeting of the Rock and Roll Martini Group was Susan and Barry Joyce. Susan and Barry lived in Chicago for a number of years so it was not a surprise that they picked the band Chicago as the music for the night. Chicago is an American rock band formed in 1967 in Chicago, Illinois, calling themselves the Chicago Transit Authority in 1968 before shortening the name in 1969. The self-described “rock and roll band with horns” began writing politically charged rock music and later moved to a softer sound, generating several hit ballads. They recorded 36 albums and sold over 100,000,000 records. The martinis for the evening were a “hard habit to break” and the “Capone cocktail”. The Capone cocktail was made with Templeton rye which Al Capone termed “the good stuff”. Al would send some of his men to Templeton, Iowa to pick up some of the “good stuff” on a regular basis. And of course, Susan and Barry served Chicago deep dish pizza and Chicago hot dogs. They even had instructions on how to assemble a “Chicago Dog”. The Jankowski’s brought Chicago home town Twinkies, Cracker Jacks and Wrigley gum for the group. The house was decorated with pictures of Hugh Hefner, Mayor Daley, Jim McMahon and of course Harry Carey. Chicago music filled the house and the rockers (members) enjoyed a great evening. Until next month, ROCK ON!