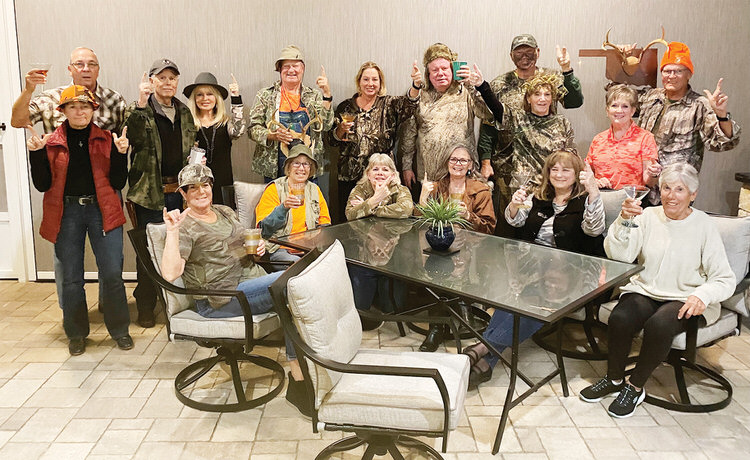 The house band (host) for the November meeting of the Rock and Roll Martini Group were Larry and Deb Nortunen. Larry missed his annual hunting trip up North, so Larry and Deb brought it to the Ranch instead. The Rockers (members) and guests broke out their best camo and hunting gear for a Wisconsin deer camp Rock and Roll Martini party. The event was the most “red neck” Martini party ever held at the Ranch. Deb Nortunen, party planner extraordinaire, held a hunting quiz contest, and Larry played his favorite hunting video Da Turdy Point Buck. Deb broke out deer chili, brats, and camo cupcakes for the group. Everyone else filled in with a smorgasbord of appetizers and desserts. Larry and Deb served a “Buck Fever” martini, along with a loaded Bloody Mary bar.

Until next month, Rock On!