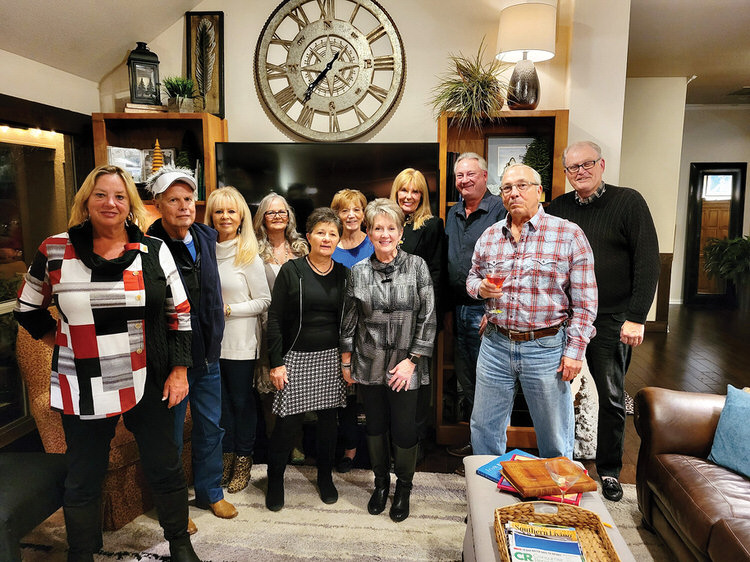 Neil Diamond hails from Brooklyn, N.Y. Therefore, New York-style pizza was the main fare for the Rockers. Everyone else filled in with appetizers and desserts. The two outstanding martinis served were “Love on the Rocks” and “Cherry Cherry.” The Joyces included a quiz on Neil Diamond trivia and another on all things Brooklyn. Deb and Diane won Neil Diamond’s Greatest Hits CD and a package of Nathan’s hot dogs, respectively.

Be sure to think of Neil Diamond the next time you sing the Robson Ranch theme song “Sweet Caroline!” Until next month, Rock On!