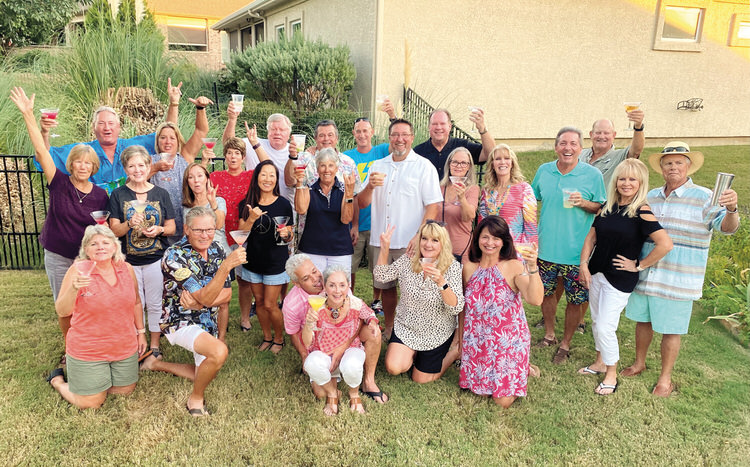 The House Band (host) for the September meeting of the Rock and Roll Martini Group was Cassie and Jim Richardson. Cassie and Jim picked Santana as the featured music for the evening. Carlos Santana rose to fame in the late 60s and early 70s, pioneering a fusion of Rock and Roll Latin American jazz. Santana is a multi-Grammy Award-winning Rock and Roll Hall of Fame guitarist.

The martinis for the evening were Blueberry Lemonade martini and Mexican martini. Since the music was Santana, Cassie fired up chicken taquitos and beef layered enchiladas. The Rockers (members) and guests filled in with assorted appetizers and desserts. Only one martini glass met its demise at the party and all screen doors survived. Until next month, rock on!