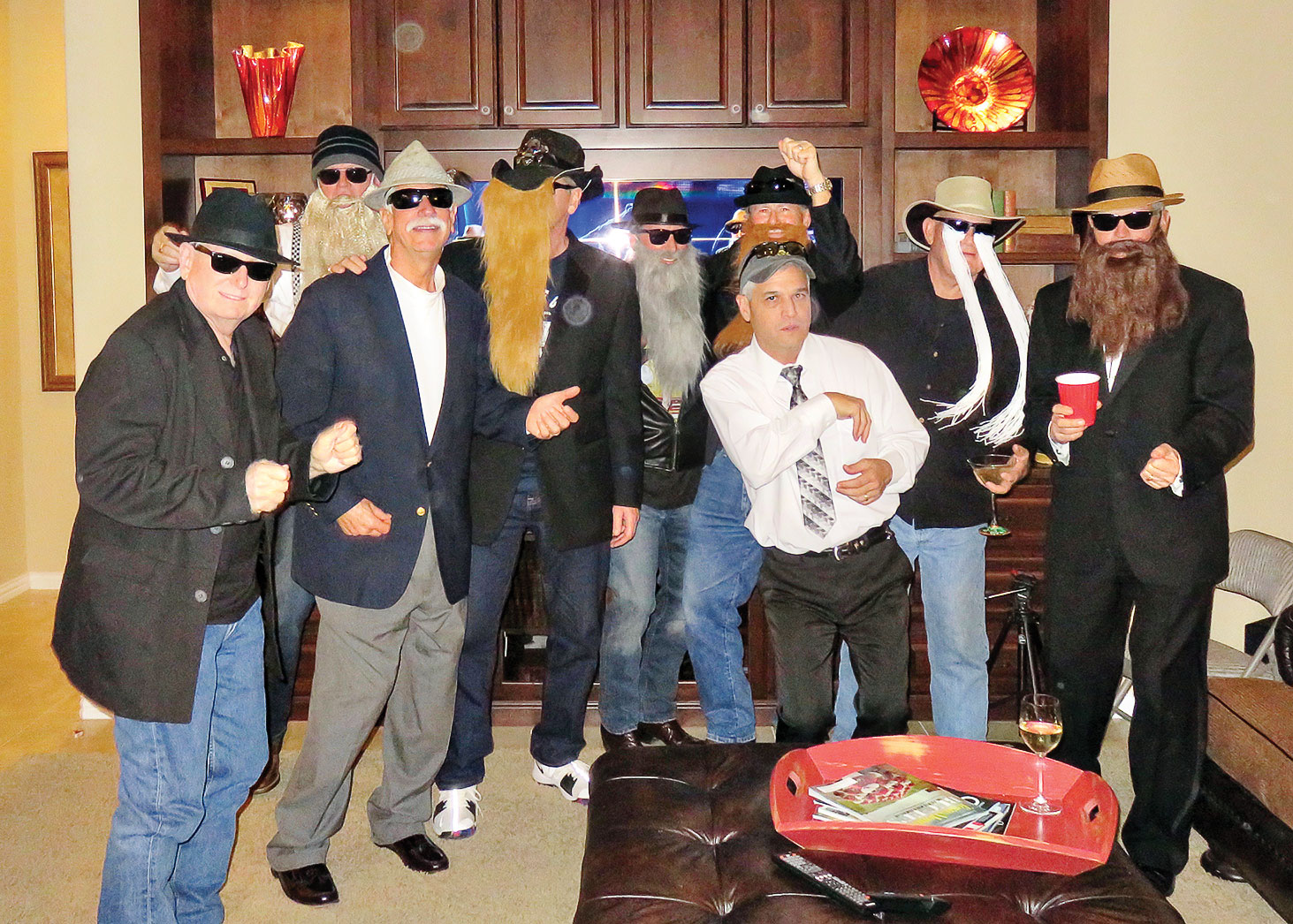 Sharp dressed men of the evening.

The February meeting of the Rock and Roll Martini Group was held at David and Susan Parker’s home. The house band (host) picked that little old band from Texas, ZZ Top. The band was formed in Houston, Texas in 1970 and is made up of Billy Gibbons, Dusty Hill and Frank Beard. A contest was held for the outstanding “sharp dressed man”. With many great entries, Barry Joyce walked away with first place. The evening also involved the first ever known, “martini pong” contest! Three martini glasses were placed on each end of a table and contestants had to bounce a ping pong ball into one of the glasses. As with tradition, a ping pong ball in a glass caused that person to drink a shot. The winning rocker of the contest was Tracey Kucharski. Martinis for the evening included a Hawaiian martini, mango cran-tini and a wine sangria. An applewood smoked pork shoulder was served with many great appetizers and desserts. Until next month, Rock On!