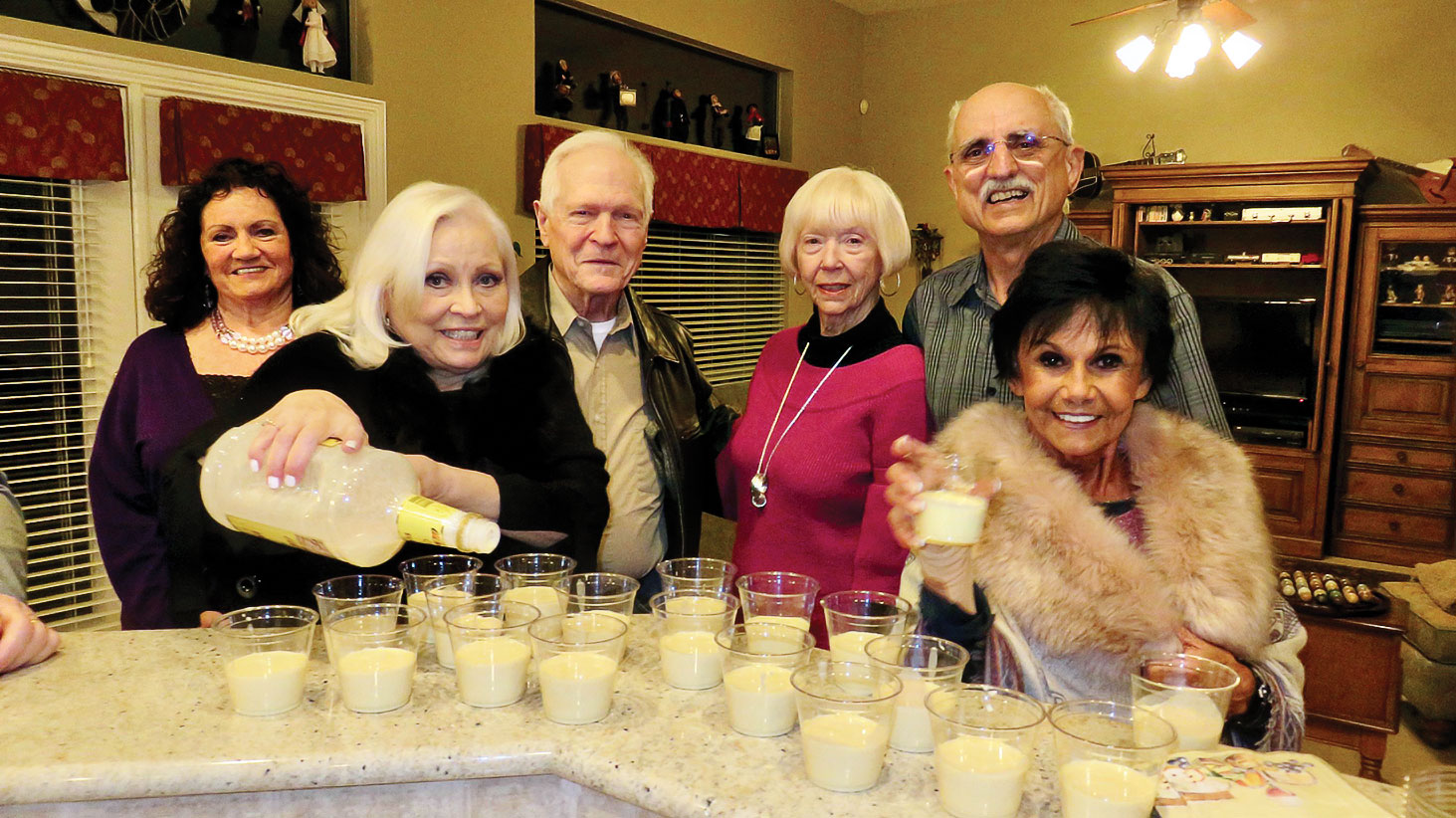 Government shut downs, discord in politics and unrest in the nation made January a month of angst. Not one to dwell on unhappiness and discontent, the Wine Stewards resolved to overcome these feelings. With apologies to a current political slogan, the Wine Stewards vowed to “Make America Grape Again”. Before Prohibition began in 1919, there were more than a thousand commercial wineries in the U.S. After Prohibition’s repeal in 1933, slightly more than 150 wineries remained. The rise of American wine, a phenomenon culminating with the emergence of legitimately great American wine, is all the more remarkable once one considers how far American wine had fallen. Members were required to bring bottles of a Rated 2018 American wine. Upon arrival, members were served Old New England Classic Egg Nog; a classic mix of imported brandy, smooth blended whiskey, imported rum and Kentucky Bourbon. Warmed and refreshed, the evening progressed. Two of the night’s best wines were the following: Olema Chardonnay and Radius Cabernet Reserve. Olema is elegant with hints of apple, citrus and pear, with a fruity finish. It is rated by James Suckling, internationally regarded as one of the world’s most influential wine critics. Radius Reserved Cabernet has hints of blackberry, raspberry, vanilla and spices accompanied by a silky-smooth texture. It is highly rated by Beverage Dynamics, the largest and most respected national magazine dedicated to the needs of the beverage alcohol retailer. It was founded in 1933. With history on its side and an evening of tasteful searching, the Wine Stewards began the New Year in style.