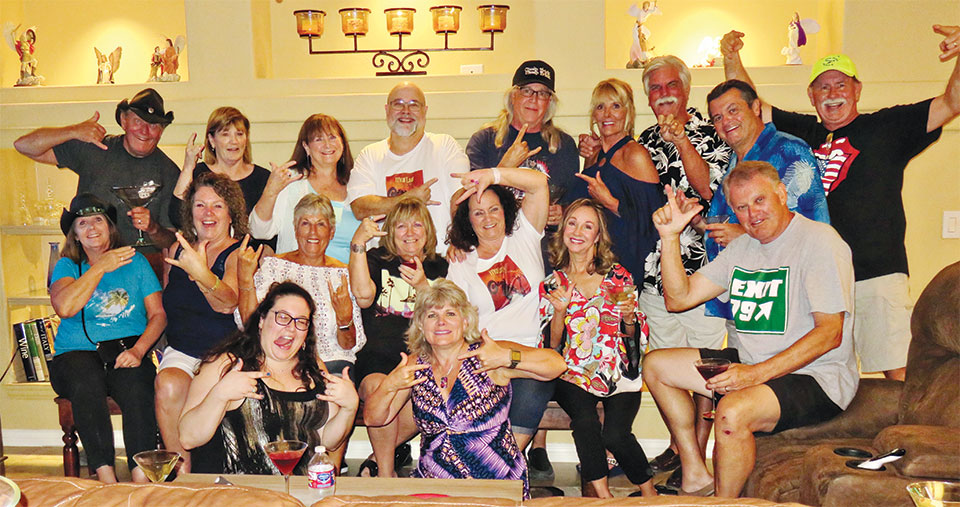 The house band (host) for the August Rock and Roll Martini Group was Beverly and Doug Akins. As with tradition, the house band gets to pick the music for the evening. Beverly and Doug picked the great 70s band Meatloaf. Meat Loaf, born in Dallas Texas, was an actor and little-known singer with one minor album and an appearance in The Rocky Horror Picture Show to his credit before he released Bat Out of Hell in October 1977. The album catapulted him to superstar status and became one of the most iconic records of the ’70s, though Meat Loaf would become so defined by its success that he struggled to recover for more than a decade. The Rockers (members) enjoyed meatloaf sliders, meatloaf street tacos and more food than could be possibly been eaten.

The martini for the evening was “You took the words out of my mouth martini (vodka or gin).” If rockers did not like olives it was renamed “Two out of three ain’t bad.” Another cocktail served was the “Bat out of hell.” Mixologist Doug developed the cocktail after weeks of experimenting to provide a taste that seemed close to a Red Hot candy. After a loud concert by Meatloaf, a smorgasbord of food and friendship, the group adjourned until next month. Rock on!