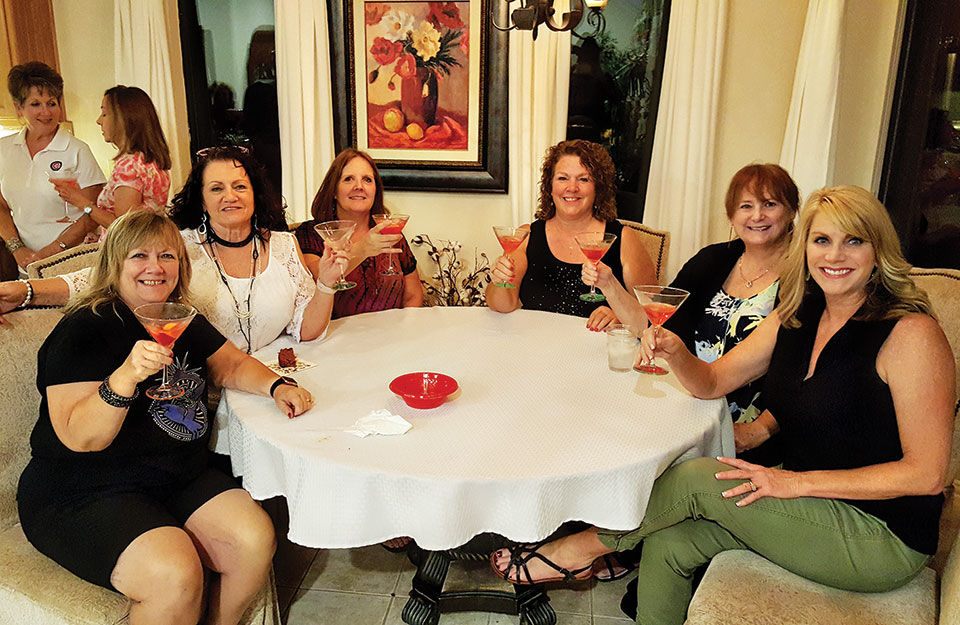 The house band (hosts) for the September meeting of the Rock and Roll Martini Group were Henry and Trish Moore. Henry and Trish picked John Fogerty as the featured band for the evening.

John Fogerty is a member of the Rock and Roll Hall of Fame and has nine top ten singles and eight gold albums. Rolling Stone Magazine lists John Fogerty as one of the top 100 greatest guitarists. He was the lead singer, lead guitarist and principal songwriter of the band Creedence Clearwater Revival (CCR).

The Rockers (members) enjoyed Trish’s famous chili and many appetizers and desserts to complement the evening. Decades ago Henry was introduced to a drink affectionaly called a Wild Ass Indian. Fortunately he still remembered how to make it. The concoction was served for the Rockers’ tasting pleasure. Martinis were flowing throughout the evening. It was another night of loud Rock and Roll music, drinks and friendship. Until next month, Rock on!