‘Round Robbie’s been to the Rock 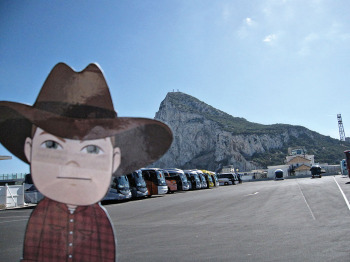 Robbie at Rock of Gibraltar 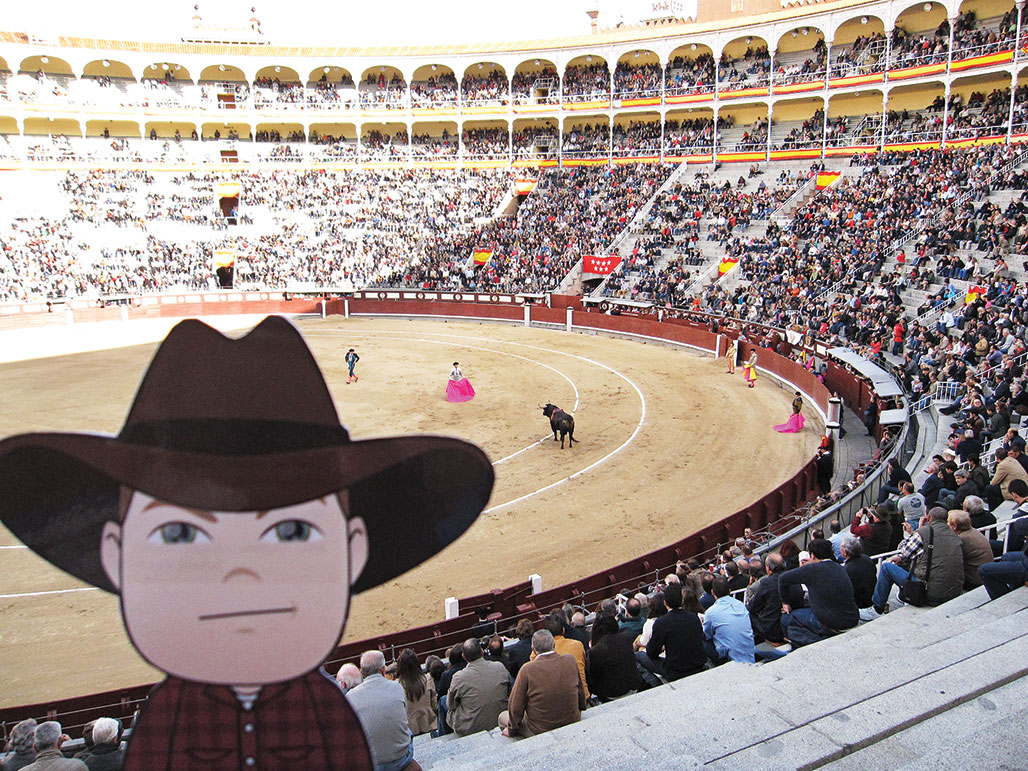 Howdy folks, Round Robbie reporting on my latest great adventure. I’ve been to the “Rock”—-Have you ever been to the Rock? Well, it’s quite a big rock as in the “Rock of Gibraltar”. Yup, I was there with Ron and Maureen Lehrer. Did you know there are a lot of Barbary Apes on the rock? Why, I don’t know. I was really frightened by them and stayed hidden for part of the experience, but, I can now say I was there and went through the big cave as well.

Our trip started with three days in beautiful Lisbon, Portugal. We then departed on our bus with 36 other nice folks from all over the USA and traveled into Spain to many different cities: Evora, Merida, Seville, Cadiz (they sure have beautiful horses), Gibraltar, Marbella (Oh my, Costa Del Sol is beautiful. But I was not about to get in the sea!) Ronda, Granada (We three love that song!), Cordoba, (where we took the really fast train to Madrid, that was exciting!) During our time in Madrid we took a trip to Toledo, what a beautiful and interesting city! My least favorite food (Spain has billions of) is olives! The history and architecture of Spain is just unbelievable.

Madrid is a fascinating city—the places, the Prado, the parks, the Gran Via and the bull fight ring. Yes, we went to a bull fight, you’ve got to do it once you know. I know what you are thinking, it was the Matadors 6 and the Bulls 0. We learned that the bull is not wasted—need I say more? Maureen ordered bulltail for dinner one night. “Delicious,” she said.

Guess where I got to go next? Switzerland, where the Lehrers lived for four years. That trip over the Klausenpass was very frightening for me. They didn’t even ask me if I wanted to reminisce like they did! The beautiful high mountains were showing themselves while we were there. Love those cows with their bells!

We took the train into Zurich from Horden, where Ron worked for the Dow Chemical Co., and we enjoyed walking down the Bahnhofstrasse seeing the beautiful sites and then they enjoyed a fondue dinner and Swiss wine in Old Town. They visited their former home and landlord, friends at Dow, and a group of friends at a house party. After enjoying so much of friend Emil’s wine, I don’t know if I was there or not!

We had a nice flight back to Dallas and I was glad to be back in the box to reduce a few wrinkles! Oh my, the good old USA. The end.