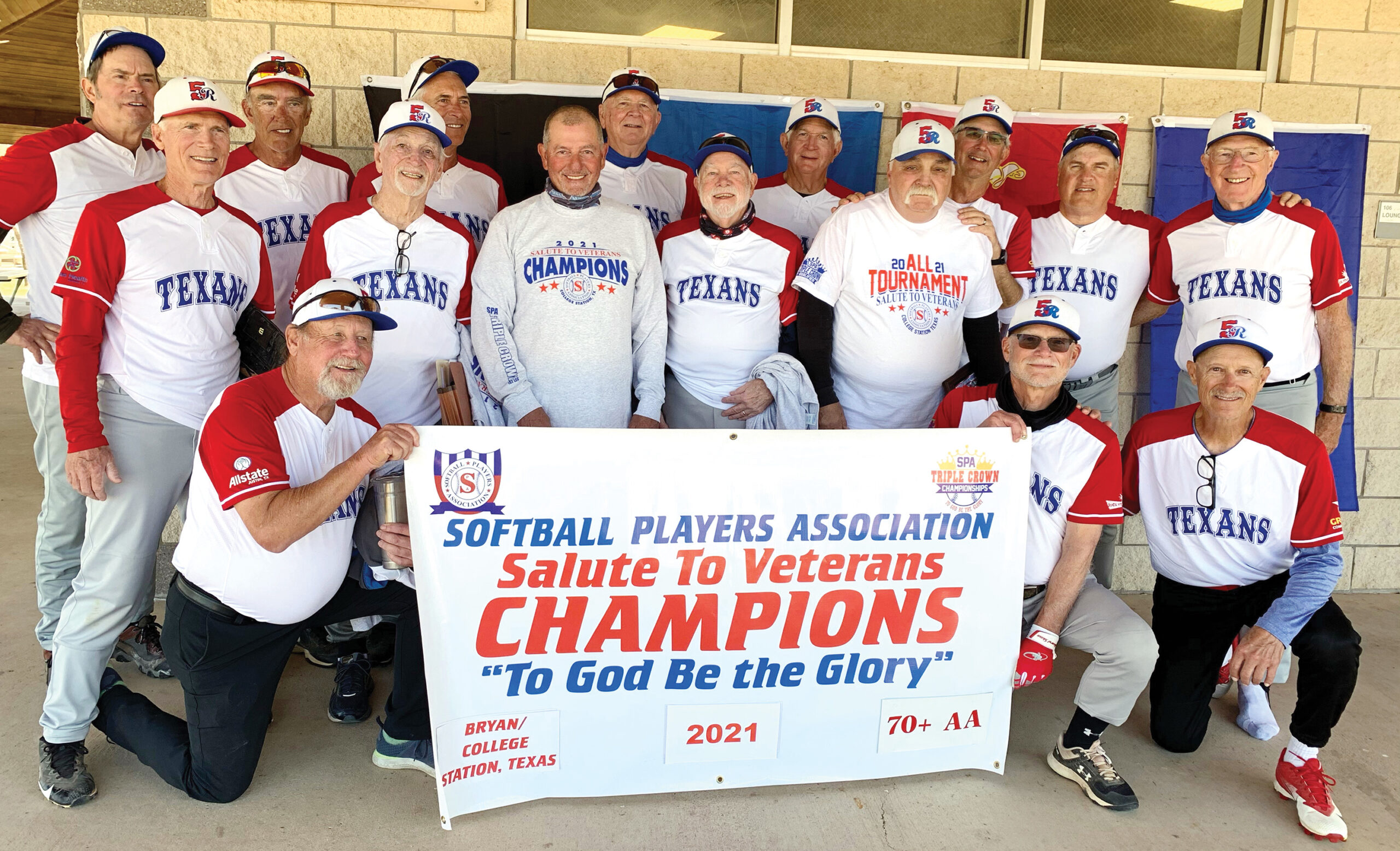 The Robson Ranch (RR) Texans (70+), sponsored by Texas Health and Rock Steady Boxing, travelled to College Station the last week in March and beat a field of age 70+ softball teams from throughout Texas and Oklahoma. The tournament was the annual Salute to Veterans tournament held every spring in the heartland of Texas.

Our Robson Ranch Texans lost their first two games in pool play by one run each, against higher rated teams, then bounced back to go undefeated in bracket play, beating the Texas Raiders from Dallas/Fort Worth, 18-11 in the finals. Every one of the 14 players on the trip to College Station made significant contributions to seal the RR Texans victory.

What makes a win in these tournaments so special is that the RR Texans are the only ‘neighborhood’ team. All other teams in the tournament choose their players from a much wider and populated geographic area. The Field of Dreams softball facility, available to all residents of Robson Ranch, gives our teams a boost for sure, allowing them to practice, play, and to bond together.