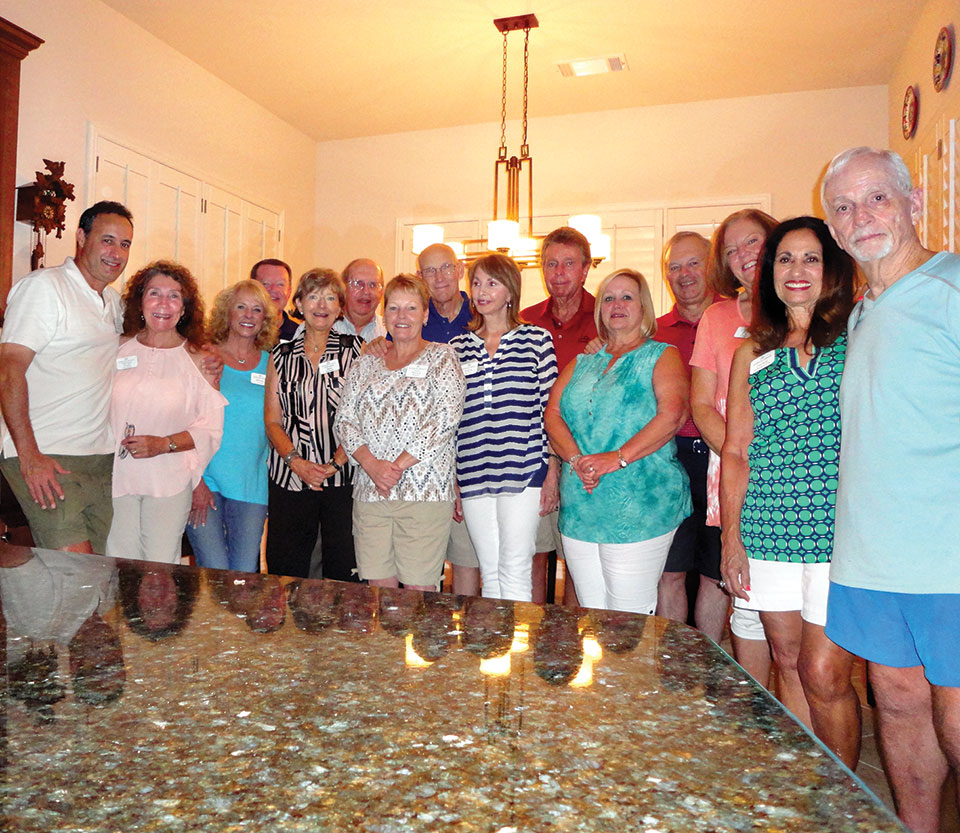 A new “beverage” group has been formed.

Amidst the myriad of wine groups within Robson Ranch a new group has formed on Sarasota Drive. Neighbors have formed the Sarasota Beverage Tasting Group. This unique group samples whatever beverage the host requests. This can include wines, beers, spirits, teas, etc. In late August the group had its first get together at the home of Miguel and Judy Ondina to sample “summer” beverages. Each homeowner brought their beverage of choice and an hors d’oeuvre to share. Two dry rosés, an Argentine and Californian, a Malbec, an Italian Prosecco and a flavored tea were brought in addition to flavorful snacks. Great conversation and stories of activities at Robson brought camaraderie to the group as new neighbors were able to meet others within the neighborhood. Those within the group for August included Miguel and Judy Ondina, Missy and Gene Lewis, Sally and Jim Ryerson, Nancy and Ken Rogus, Gwyn and John Weaver, Becky and Jerry Shamp, Kay McKie, Jackie and Jerry Killingsworth.

The next tasting will be in October at the home of Jim and Sally Ryerson. We all look forward to bringing whatever beverage they request and deciding when the next get together will take place.