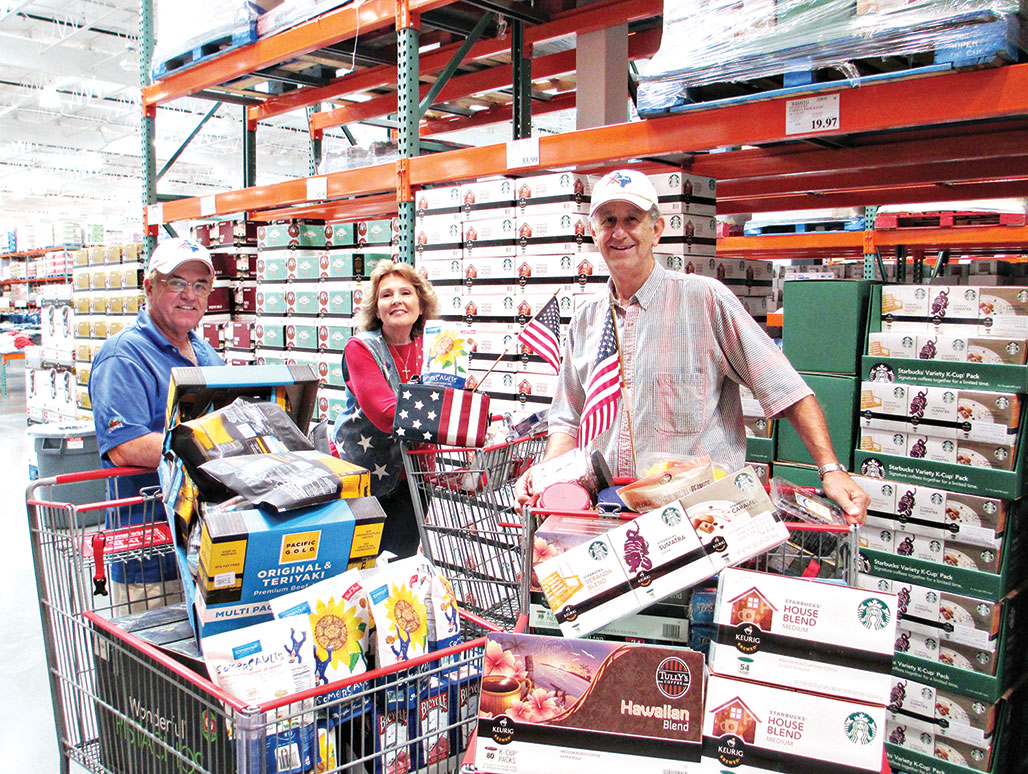 SOT Support Team. SOT is honored to support relatives of Robson Ranch residents, especially those who are deployed overseas. We send monthly shipments to those deployed in combat zones. To accomplish this mission, two support teams comprised of SOT volunteers headed by Donna Chabot and Valerie Tarren shop, pack and ship via the US postal system each month. They try to meet all requests for special items. Sometimes we are humbled by a request from someone we are supporting.

About four years ago, Major Greg Daniel requested we defer his shipment to Chaplain James Hall to support the ground/sand troops the Chaplain was ministering to. The support ended when Chaplain Hall rotated back to the U.S. A year later he contacted me and noted he was “going back downrange” as a chaplain in the Task Force Medical in Afghanistan. SOT immediately re-established support to the Chaplain, who shared our shipments with the 1,300 plus personnel in the Task Force. We have continued that support through his replacements, Chaplain Christopher Odle and his replacement Chaplain Anthony Flores.

SOT is honored to be able to support so many of those deployed in areas that have little or no access to comfort items or recreational activities. It takes a team effort and the SOT Support Team volunteers have accomplished their mission well beyond our goals. SOT also is honored to have support from the RR Sassy Stampers who provide the handmade cards we send to the troops and the RR Sweeties who bake cookies for special holiday shipments.

Thanks from the Troops. During the past month, Support Our Troops has received three flags that were flown in honor of SOT in combat zones by units and persons that we support. The 664th Ordnance Detachment forwarded a flag flown over the U.S. Army Ammunition Supply Point at Kandahar Air Base, Afghanistan. The staff of the 8-Ball Moral Welfare and Recreation Center at Kandahar Air Base sent a flag that had been flown aboard a Task Force Odin ISR Asset Desert Owl aircraft operating over the battlefield of Afghanistan. Major Ryan Serrill of the 13th Expeditionary Fighter Squadron provided a flag flown in his F-16CM over the Middle East battlefield. These flags are currently in the SOT display case in the clubhouse.