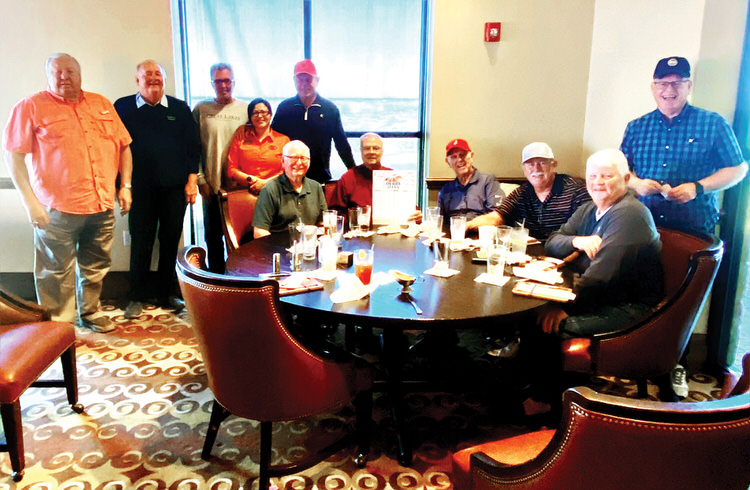 It was all hands on deck for the Brothers of Sigma Chi at Robson Ranch. Almost every Brother was able to attend the April meeting at the Wildhorse Grill. As usual, Brother Mick Fox began the meeting with a prayer. Several of the Brothers had a tee time, so lunch was ordered early. With great anticipation, the Brothers were looking forward to Derby Day on May 7. This great yearly event was coordinated by Brother Chuck Newcomer. Brothers Dan Nicolet and Mick Fox coordinated the friendly wagering on the Kentucky Derby. Other topics of discussion were the planning of the yearly July 4th Sigma Chi float, the building boom, and golf at Robson.

Amelia, one of the Brothers’ favorites, was voted honorary Sigma Chi Sweetheart of April. The group remains on double secret probation at the Ranch! Any Sigma Chi’s living at the Ranch who would like to join the group, contact John Humphries at [email protected]