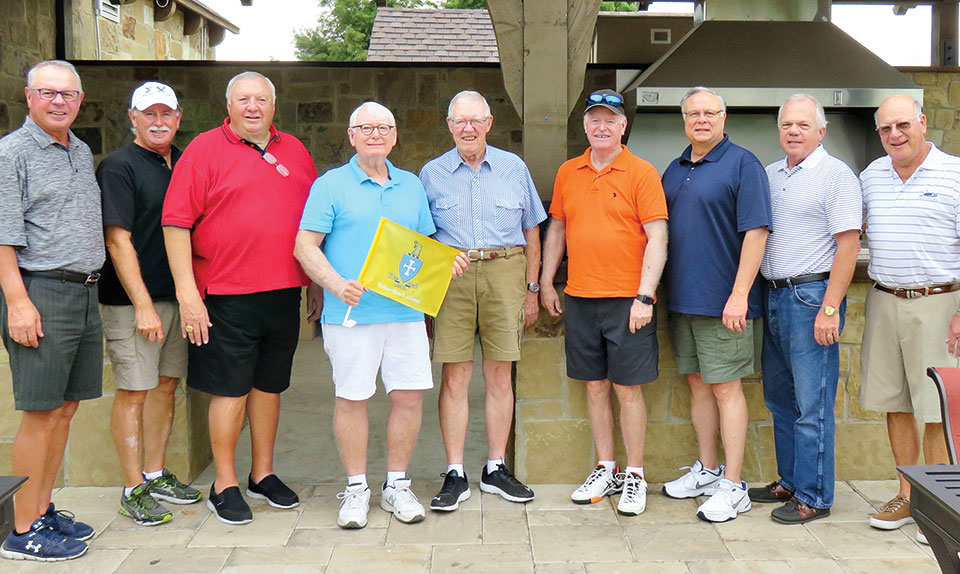 Members of the Sigma Chi

The September monthly meeting of the Sigma Chi brothers took place at the Wildhorse Grill. It was a beautiful day with almost all of the active brothers in attendance. As we do every month, brother Mick Fox began the meeting with a prayer. Brother Dwight Evans was able to attend the lunch but had to leave shortly after for an appointment. As most would guess a large topic was the Dallas Cowboys Monday night game and the players in the NFL taking a knee during the National Anthem.

Lauren was appointed honorary Sweetheart of Sigma Chi again for September. With her busy schedule she was not able be in the picture, much to the dismay of the brothers. Discussion was held on having the October meeting at the chapter house on the patio. All the brothers are looking forward to cooler fall weather after a traditional hot Texas summer!