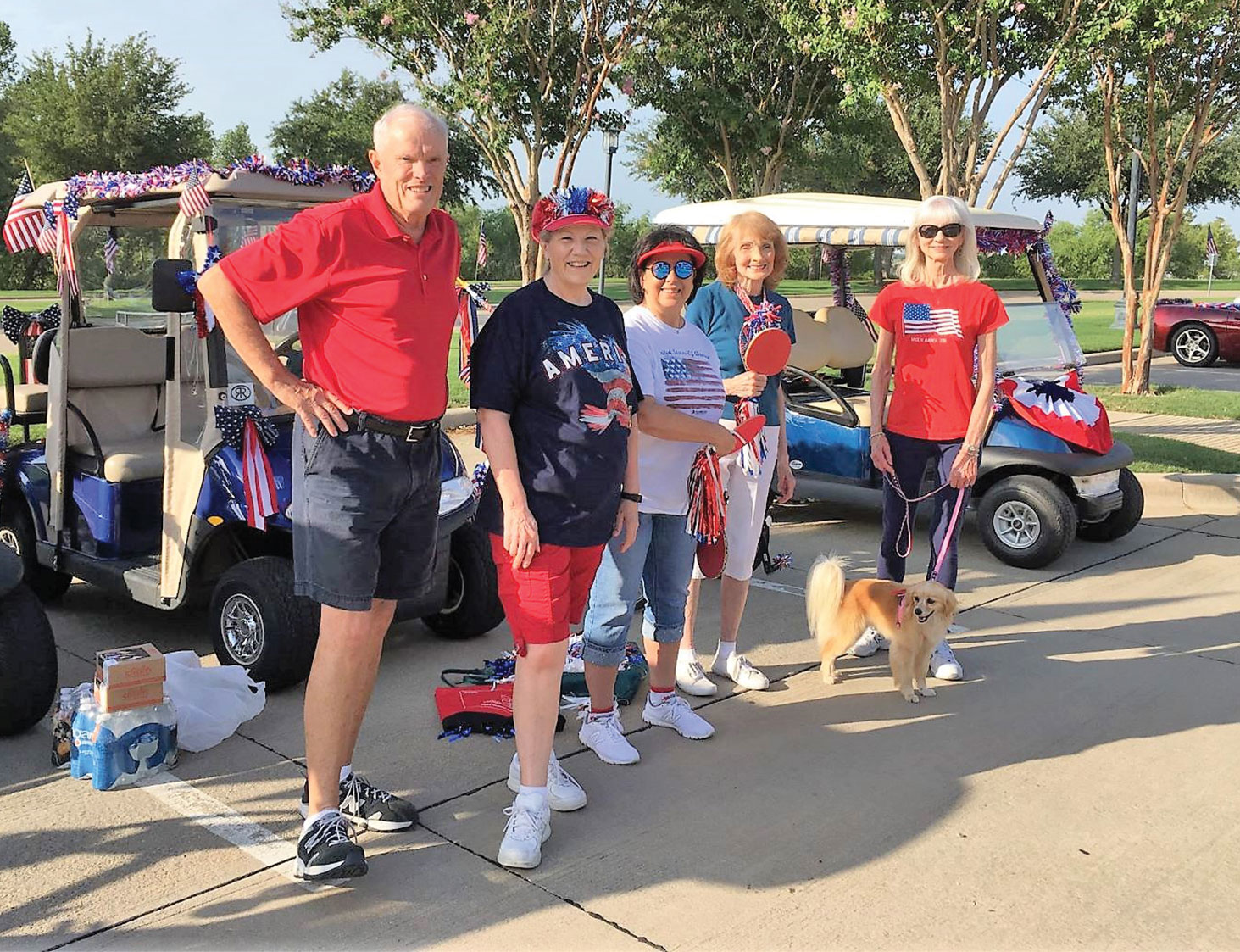 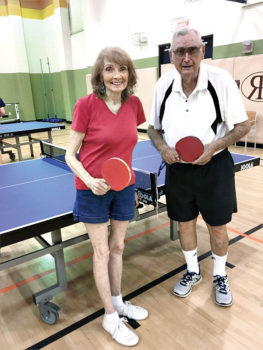 Our Table Tennis summer began with the club’s participation in the Robson Ranch 4th of July Parade. Organized by Linda Provenzano, a number of club members walked, biked, rode or drove decorated golf carts in the parade, playing a game of virtual Table Tennis as they moved along.

July also started the “Arlene Pfeil – Jim Gregg Summer Open” tournament. A doubles tournament, with ten teams playing matches each Wednesday during the club’s normal play time (noon–2:30 p.m.). The tournament began July 11 and is expected to end September 12. Come out and cheer your favorite team to victory on each Wednesday.

Don’t forget to drop by one of the club’s play sessions (Monday, Wednesday and Friday from noon to 2:30 p.m. and Sunday 10:00 a.m. to noon) and an experienced club player will be happy to help you meet other club players and get you started playing Table Tennis on a regular basis.