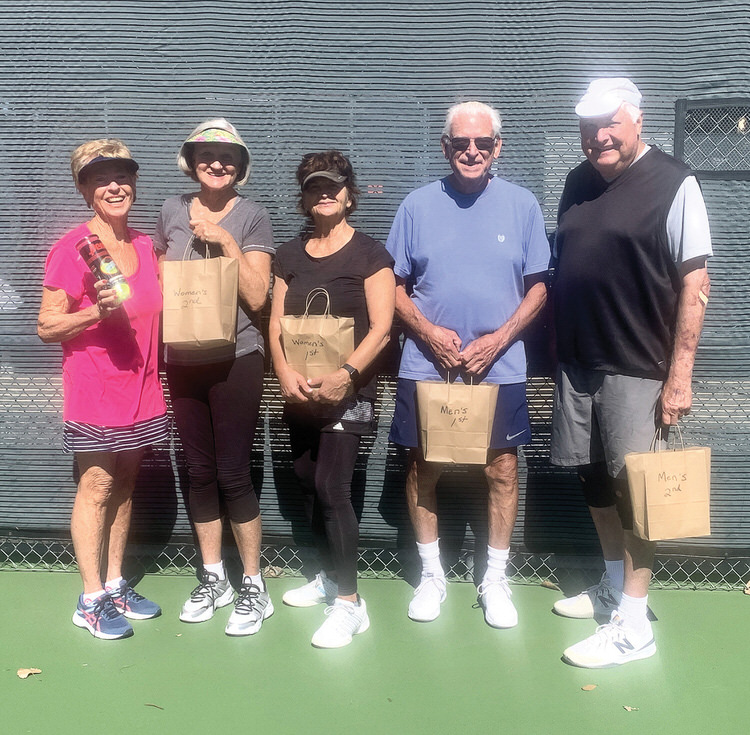 Another good time was had by the Robson Ranch tennis players on Oct. 16. Twenty-four players checked in for our Oktoberfest playday, followed by beer and bratwursts provided by the Robson Ranch Grill. The Men’s division was won by Bob Hauck, with Tom Ehinger coming in second. The Women’s division was won by Renee Kowalski. Second place in the Women’s division was a tie between Melodye Rogers and Catherine “Cat” Bass. All of the winners received cans of cherished tennis balls. The first-place winners also received gift cards to the Grill.

We continue with our morning Round Robin Tennis. We will be moving to 10 a.m. start times in November. Mixed doubles are played on Monday, Wednesday, and Friday. The ladies play on Tuesday, Thursday, and Saturday. It’s men-only on Thursday evenings from 6 to 8 p.m. All levels are welcome, and no partner is required. Players can also reserve the courts if you prefer to set up your own matches.