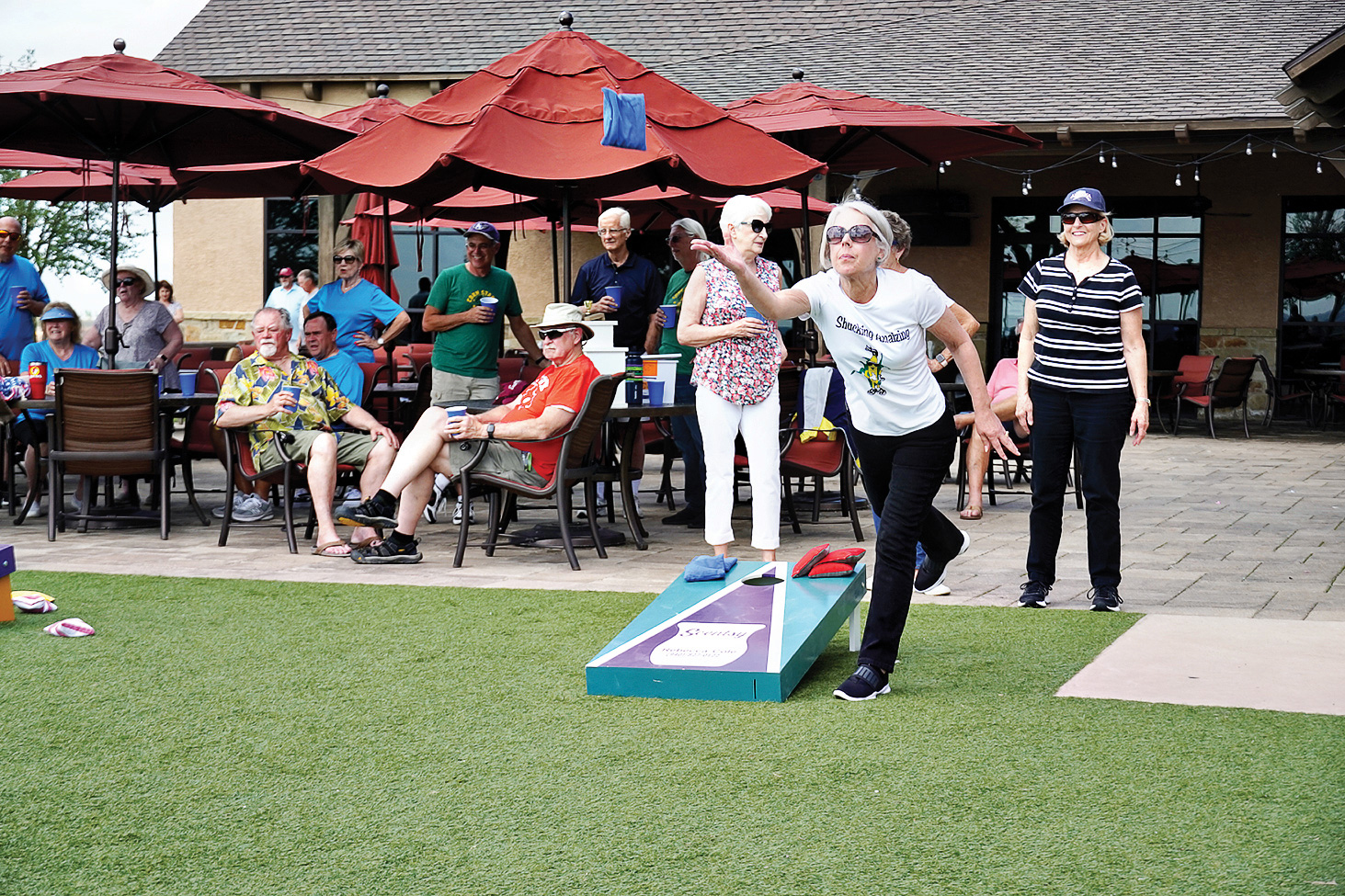 Texas Toss at Robson Ranch reached the midpoint of the season in May. Thirty teams and over 300 team members were competing to win the world-famous Super Bag Bowl VIII. Steve Targonski, World Wide Commissioner of Texas Toss, tallied the leaders to date. The leader in the Texas Bag League is Corn with the Wind, Anne Jones Captain; National Bag League Mother Shuckers, Gale Hicks Captain; and the American Bag League Air Mailers, Steve Courtney Captain. If you would like to join a team, check with any of the 30 captains to see if they have an opening. If you would like to join the sub list or team wait list (where you are the captain and you have players ready), contact Cindy Sterling, president of Worldwide Player Personnel, at [email protected] Everyone is welcome on the Wildhorse patio on Fridays from 4 to 7 p.m., to cheer on your favorite teams.