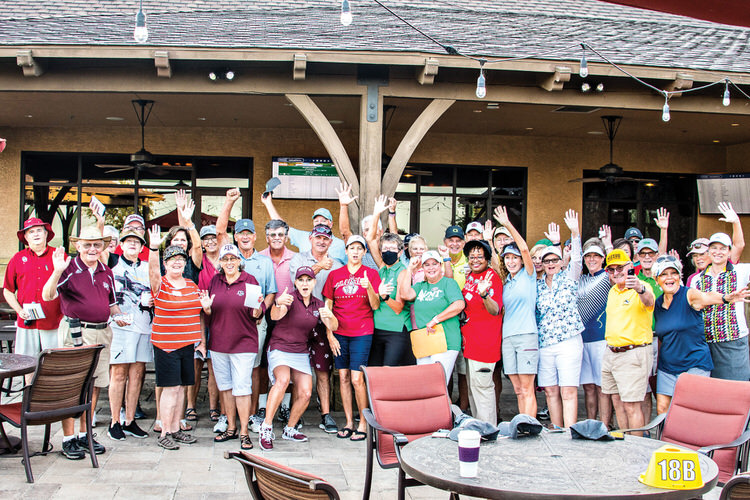 Thank you to all 112 homeowner volunteers who helped with live scoring and shuttling during the University of North Texas (UNT) Division I Ladies tournament. You all are rock stars!

The University of North Texas hosted a Division I Ladies tournament to “kick off the 2022 season.”

The ladies played 36 holes the first day, and we had 23 players under par. Boy, could these ladies play.

The results for the team and for the individual players:

There was a tie for the individual champion between Blanca Fernandez Garcia Poggio (Texas A&M) and Julia Lopez Ramirez (Mississippi State) at -14 under par. Blanca was the official winner with a scorecard playoff. Julia broke our women’s course record (previously 65) with a final round of 63. She had 7 birdies and an eagle for an incredible round of golf.

The team from Oklahoma State went into day two or round three with only a one-shot lead over Texas Tech. After 15 holes of golf in their third round, their team had accumulated over 24 birdies and very few bogeys. They finished the day, tying a school record for a single round of -17 under par. They won the event by 13 strokes over the second place team from Texas Tech (-23 under par). Congratulations to Oklahoma State for a great tournament, and Go Pokes!