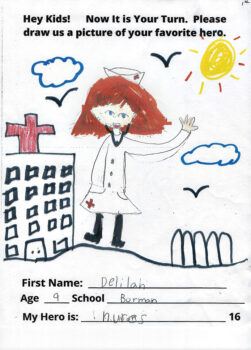 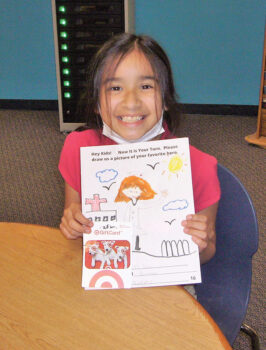 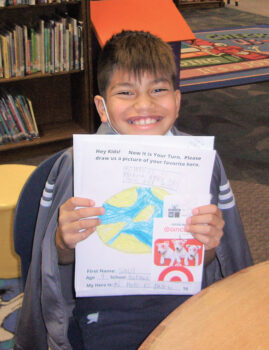 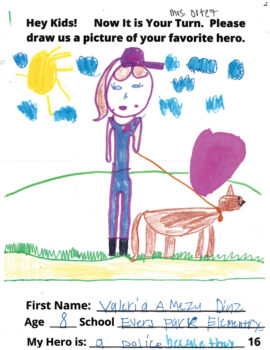 Six Kiwanis Clubs in the North Texas area passed out 1,000 My Hero coloring books to third graders in March. The Kiwanis Club of Robson Ranch passed out 170 to third graders at two schools, Borman and Evers Park Elementary, in Denton, Texas. The project’s aim was to give the teachers the opportunity to discuss who and what a hero is. The children were then instructed to draw a picture of what their very own hero would look like. A $10 Target gift card was presented to four winning artists, Saul, Lilly, and the Best Picture was from Delilah and was sent to the Kiwanis District Contest. The winner of the District was our own Delilah from Borman. She will receive a bike and helmet. We also wanted to give special recognition to Valeria, from Evers Park, for her salute to a policewoman and her police dog. She will receive a large box of art supplies. Congratulations to all from Robson Ranch.