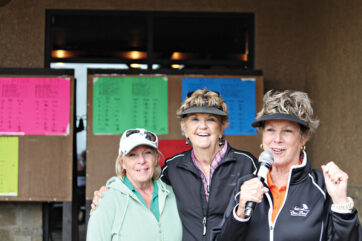 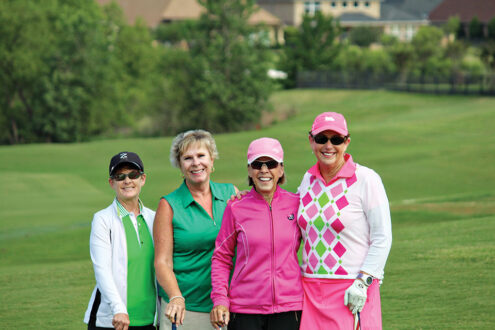 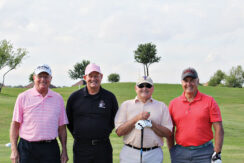 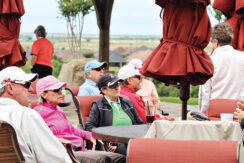 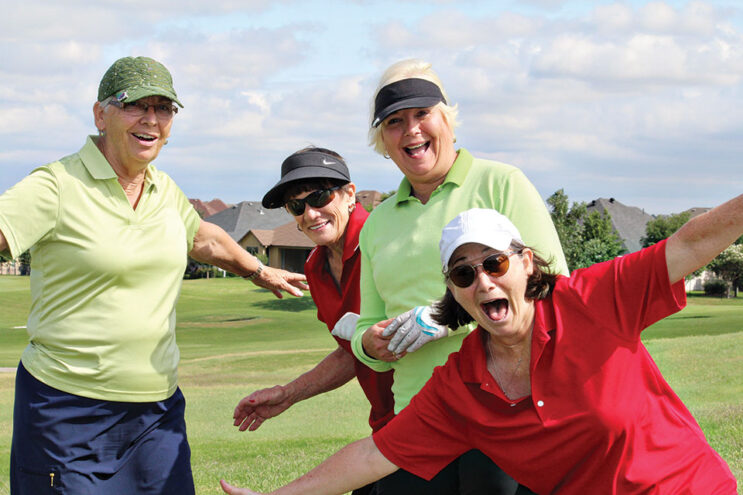 After watching another brilliant sunrise from the Wildhorse Golf Club practice area on Monday, May 22, 72 WGA and MGA golfers began the 10th annual WGA Match Play tournament. The players had attended a pairings party at Mike and Sue Miloser’s home on the previous Thursday evening where names were drawn for the eight teams identified by colors: red, blue, yellow, green, orange and pink. Each team had 12 players flighted by handicaps into six A-F flights. Then pairings for play were randomly drawn also.

Competition the first day was nine holes of scramble and nine holes of alternate shot format. On the second day of play, May 23, the teams played two 9-hole matches of singles format. As the players finished play on Tuesday they were greeted on the beautiful Grill Patio with a keg of beer to enjoy as they watched the remaining field finish their round. Prayers and petitions were answered as the rain and storms held off as the tournament and awards luncheon on the patio were completed.

Players enjoyed another wonderful lunch of fried chicken, potato salad, baked beans and slaw prepared under the direction of our outstanding Chef Aubrey. The highlight of the tournament was when Rhett and his staff made banana splits for dessert. Yes, three flavors for scoops, strawberry, pineapple and chocolate topping, whipped cream, nuts, sliced bananas and a cherry on top! Remember the days? Mouth watering? A big, big thank you to Rhett, Jeremy and Aubrey and all their staffs for all they do for the WGA and especially this tournament!

Wounded golfer Jeanie Martinez was seen both days prowling the course taking great pictures for the WGA web page: rrwga.weebly.com. Thanks, Jeanie! This was the 10th year for the tournament all under the chairmanship of Sallye Ortiz and Susan Miloser. They say it’s not work but a labor of love!