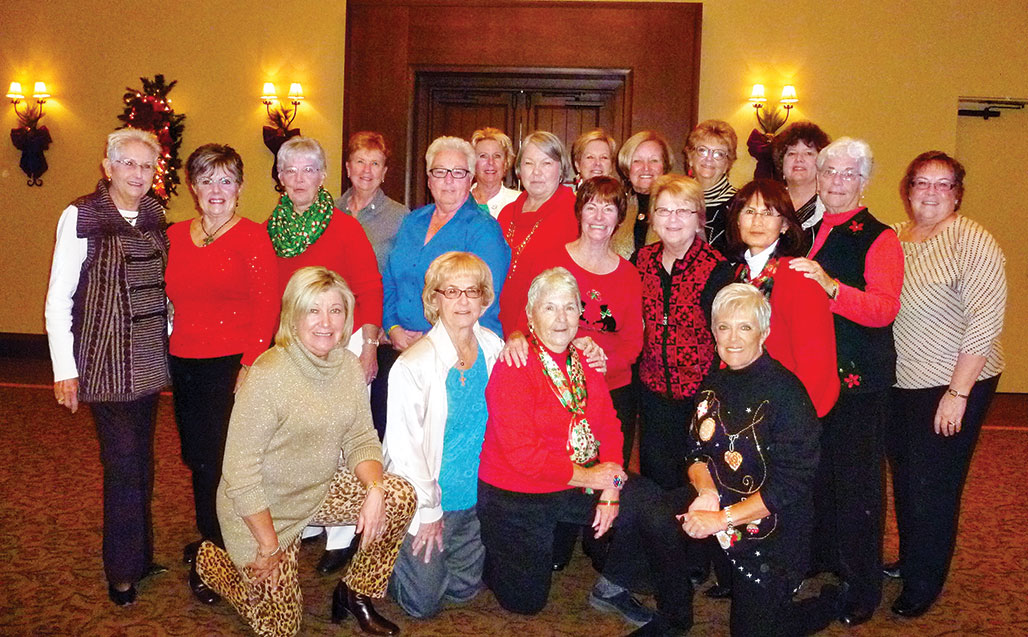 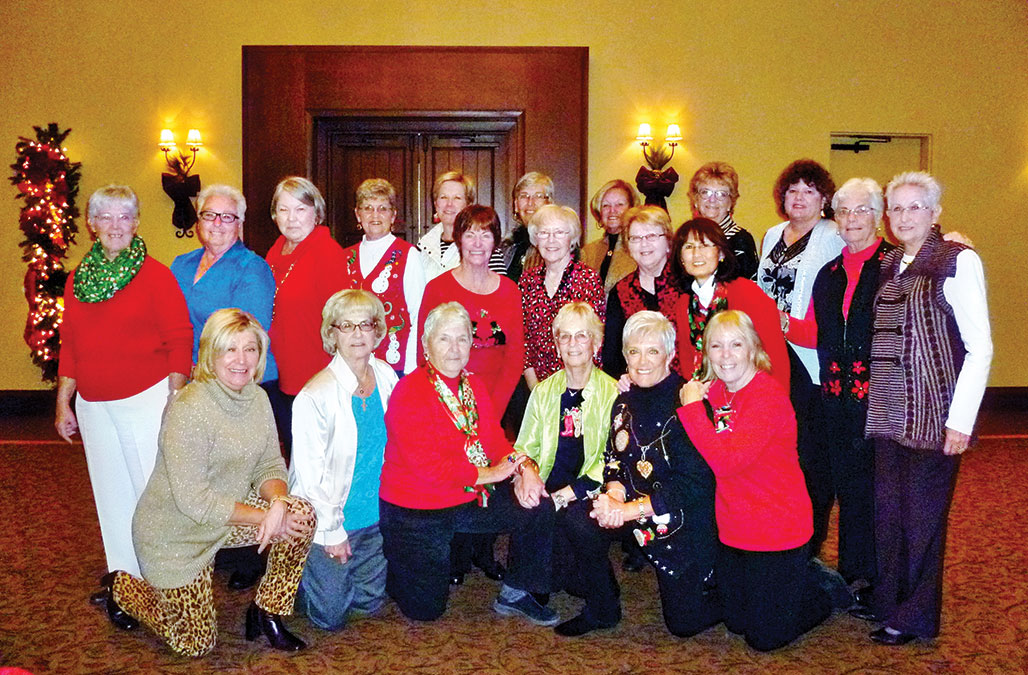 WGA members at the toy drive

The Women’s Golf Association celebrated the end of the 2014 golf season with a Christmas luncheon on December 2 at the Robson Ranch clubhouse. Our talented chef, Aubrey, along with the Wildhorse Grill staff, prepared and served an elegant lunch. We would like to thank Judy Markley and Sarah Ettredge for their hard work in coordinating the luncheon and decorating the tables so festively. Members were invited to donate toys, which along with those collected by the MGA were donated to the Texas State Guard. The toys were taken to pediatric wards at area hospitals to be given to children who undergo surgical procedures throughout the year. SSG John Gately of the Texas State Guard attended the luncheon and thanked members for their generosity. Additional donations were taken for the Denton Community Food Center. A total of $886 was collected for this charity.

In addition to celebrating the holiday season, this is our opportunity to acknowledge golfers who have earned special recognition during the year. There were a total of 27 players who recorded chip-ins on Tuesday play days. The award for the most chip-ins was a tie between Gabie Bull and Donna Phillips with four each. Twenty-five birdies were earned on Tuesday play days with Paula Bull having a grand total of nine. The Ringer Tournament includes the best net scores earned on Tuesday play days from April through October. Gabie Bull and Barb Bennett were announced as “Ringer” winners. The “most improved player” is awarded to the golfer whose handicap index decreases the most throughout the year. This year’s winner, with an improvement of 8.7 points, was Linda Watrak. Congratulations to all the winners!

President Sarah Ray thanked members for a successful year of golf and expressed her gratitude for the support given to her. Vice president Sallye Ortiz presented a check to the Denton Community Food Center from the WGA in honor of Sarah in appreciation for her leadership this year.

We are all looking forward to a great year of golf in 2015.