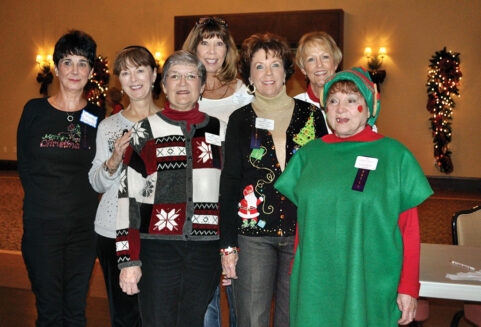 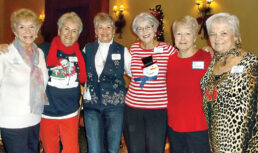 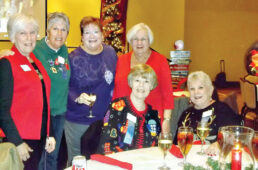 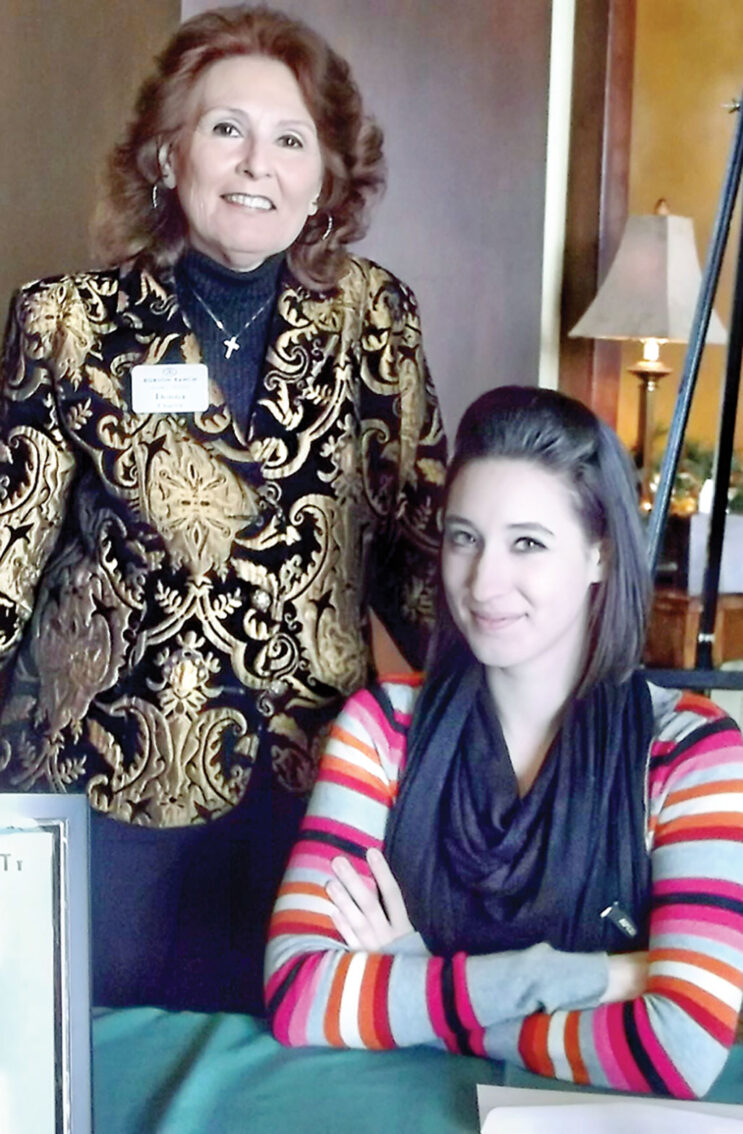 Left to right: Charity “Friends of the Family” Elizabeth Burns and Donna Cabot

Over 30 women participated in the games to receive prizes and cash. The first game was “Name That Tune” with one team of three players dominating the field. It only took six songs for them to get the required five right answers. The next game was “Apple Stack.” Five contestants tried to stack four apples within one minute. One winner did it! The third game was “Musical Chairs.” The ladies got a little rough and almost landed on the floor. No one was hurt though. The fourth game was stacking five dice on a stick. Elf Sandy demonstrated the task flawlessly. The next game was the famous “Higher or Lower” from the Price is Right TV show. Five prizes were purchased retail, and the contestants mostly guessed correctly. The last game was called “The Big Box Game.” No skill involved. Just pick a box on stage and you win. One box contained the big prize of the day. A Santa chimnea, a gift certificate for a massage, a $50 gift certificate for the grill and $60 dollars cash. The big win! It was a fabulous final program for a great year. The charity recipient for this luncheon was “Friends of the Family.”