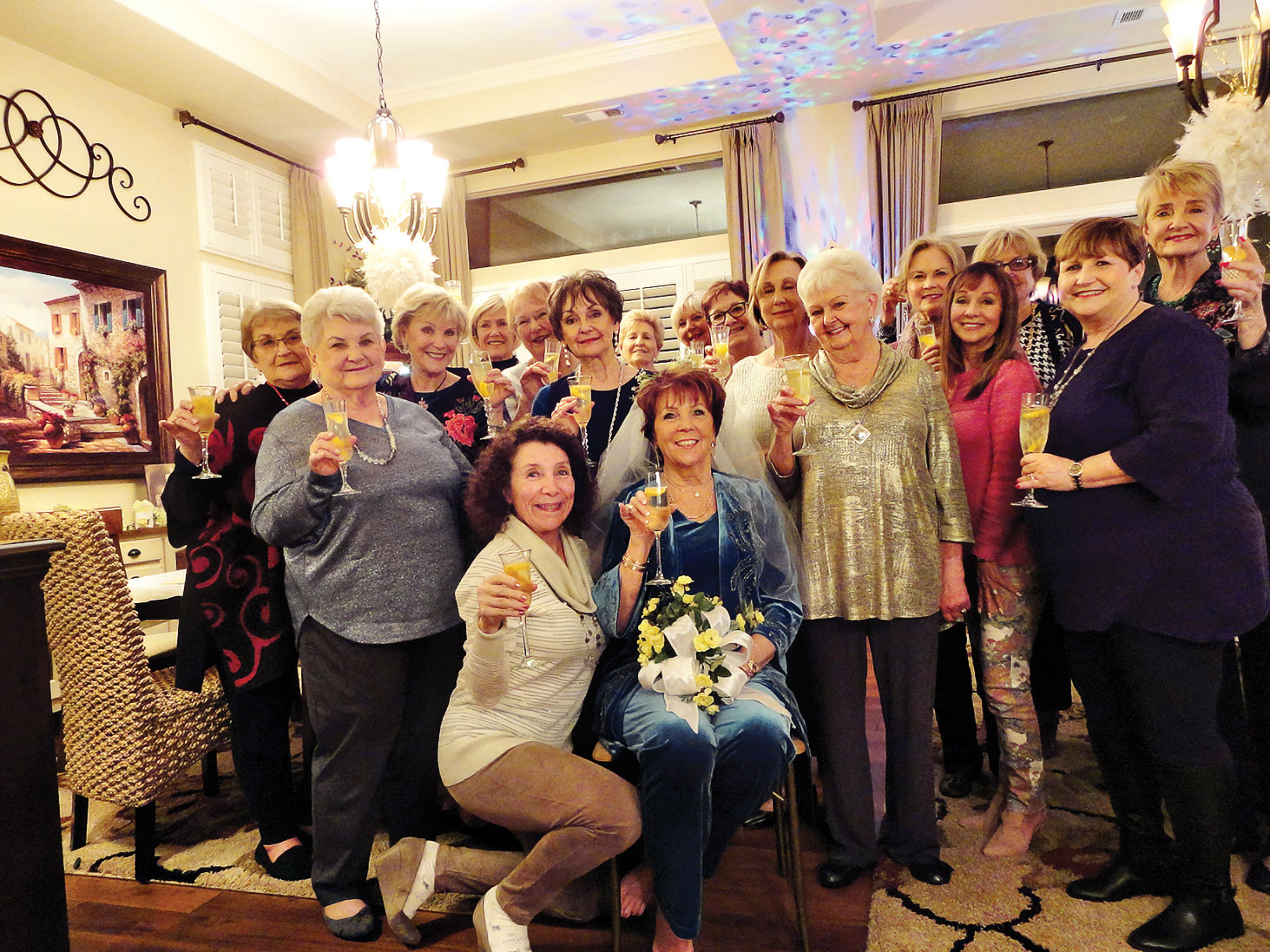 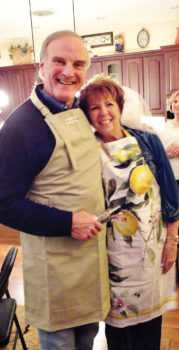 A bachelorette party at Robson Ranch? Yes, and what a party it was. Mary Ann Carroll and Steve Johnson lived in the same neighborhood but did not meet each other until one fateful night at the Grill. One could say that it was love at first sight as Steve kept holding onto Mary Ann’s hand after they were introduced. Within a short time, they both knew that they were meant for each other. Unbeknownst to friends, they are having a new home built and will move into it later this year. Steve gave Mary Ann a beautiful and dazzling engagement ring. So, a party was planned and ladies gathered at Sally Baggott’s home to celebrate the forthcoming nuptials of Mary Ann and Steve.

As the ladies gathered, appetizers and adult beverages were consumed while playing several games. Mary Ann walked amongst the ladies wearing an apron with many items pinned to it. As she disappeared, the ladies were tasked with remembering what items were on the apron. Following this, Mary Ann answered several questions that Steve had responded to earlier to see if their answers were the same. Much to everyone’s surprise, most of them corresponded.

A fabulous meal was served, a champagne toast was given to Mary Ann and she was presented with several gifts. Of course, there was cake! As the party was concluding, several of the men who had been attending Steve’s bachelor party were called to come over and join the party. Mary Ann and Steve kept their place of marriage and honeymoon a secret as they wanted to make this a special occasion just for the two of them. We all wish them every happiness and many years of wedded bliss.