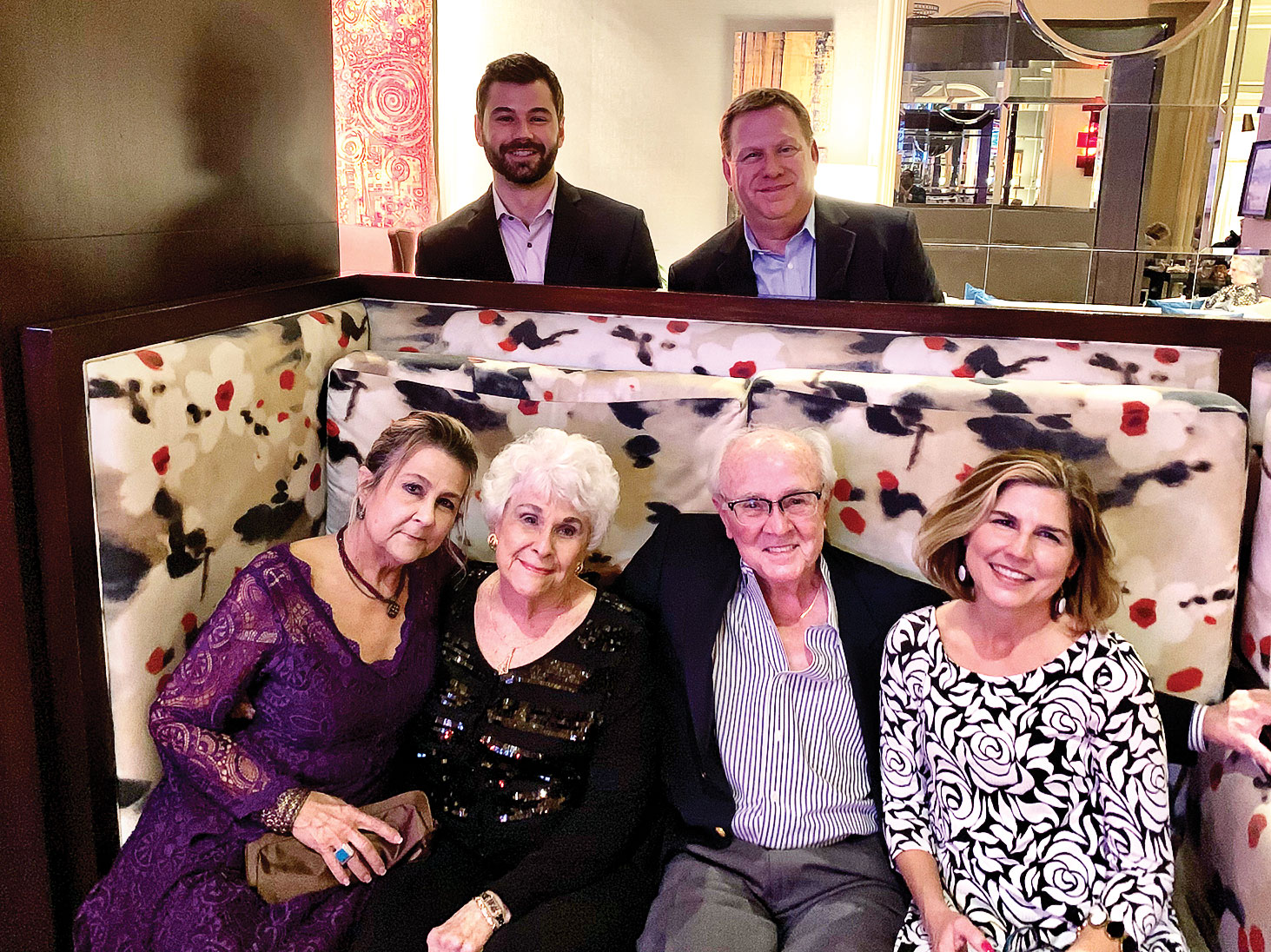 Long-time Robson Ranch residents Frank and D’Ella Goley celebrated their sixty-fifth wedding anniversary on January 26 at the Fairmont Hotel in Dallas. They were joined for cocktails and dinner by their family, including daughters Alisa Harralson from Corith, Jill and her husband Bryan McCall from Coppell, and grandson Pearce McCall from Atlanta. They have a second grandson, Chase McCall, who attends Ole Miss and was unable to attend. They were married in Enid, Oklahoma on January 24, 1954 at the First Methodist Church.

The Goleys first moved to Countryside Drive in 2003 and in 2016 moved to the Villas.

Frank retired after thirty-five years as vice president, Engineering, from what is now Sara Lee Bakery Group. The couple lived in Dallas during that time.