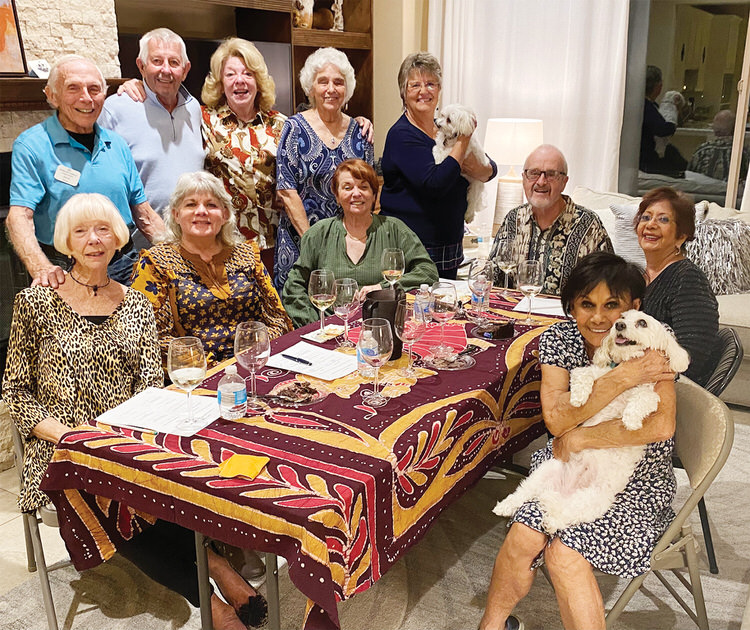 Move over, France and Italy. The Wine Stewards experienced a “Battle of the Gauchos” at the home of Jere and Vickie Bone. Four wines, each from the countries of Argentina and Chile, were presented to the Wine Stewards in a blind tasting. Neighboring countries in South America, they have grown from New World countries to major players in the wine industry. Argentina, in the past decade, is the New World’s fastest-growing exporter of wines. Its leading grape in terms of reputation and quantity is Malbec, and the Mendoza region is the leader in terms of quality and quantity, with roughly 80% of the nation’s wine production centered in this region. Chilean wine has a long history for a New World wine region, as it was the 16th century when the Spanish conquistadors brought vines with them as they colonized the region. In the early 1980s, a renaissance began with the introduction of stainless-steel fermentation tanks and the use of oak barrels for aging. Wine exports grew quickly as quality wine production increased. Chile is now the fifth largest exporter of wines in the world, and the seventh largest producer. Cabernet Sauvignon is Chile’s most important wine, closely followed by Carmenere. As the Wine Stewards nibbled appetizers, sipped offerings of red and white wines, and listened to descriptions of the various wines, it occurred to many that this is a wonderful way to learn geography!