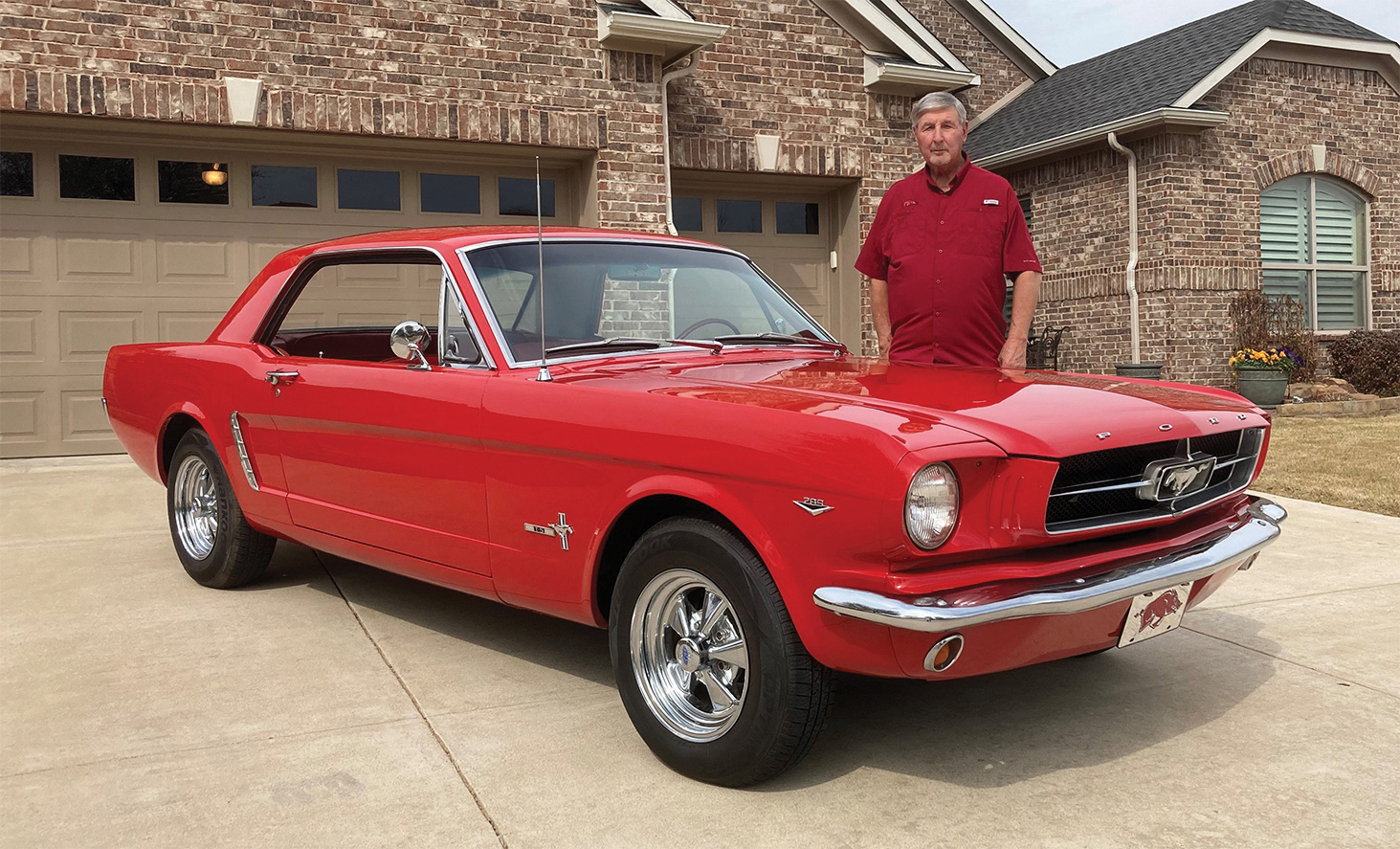 Leroy Schuetts and his Ford T5.

Ford Motor Company officially launched the 1964 Mustang at the New York World’s Fair on April 17, 1964. It was the brainchild of Lee Iaccoca to compete against the popular Chevy Corvair. Many Mustang parts came from the Falcon to speed up development and lower design costs. Sales reached 419,000 in the first 12 months and, ironically, beat the Falcon’s first year sales record of 417,000. By August 2018, accumulated Mustang sales reached 10 million worldwide.

After the introduction, the Mustang became an instant hit in the U.S. and beyond. Car enthusiasts in Germany were ready to place orders. And American servicemen stationed there were especially interested in buying one since the military would ship their cars back to the U.S. at no charge at the end of their tour. The Mustang only needed a few changes to make it ready to export to Germany. One change was the speedometer from miles per hour to kilometers per hour. Another change was the name!

The “Mustang” trademark belonged to the German truck manufacturer Krupp for a general-purpose utility vehicle. Rather than negotiate for the naming rights, Ford decided to change the name to an early development code-name. Cars destined for Germany were named Ford T5.

Leroy and his wife Peggy moved to Robson Ranch in September 2013 from Bentonville, Ark. And along with them came a red 1965 Ford T5, and a red 1955 Chevrolet pickup truck. Like many of us who have longed for our first or favorite car, Leroy’s was a blue 1965 Mustang coupe with white stripes that he bought new while in college. And in February 2013, while attending a Barrett Jackson auction, a red 1965 T5 coupe came across the block that Leroy couldn’t pass up. It was owned by the widow of a serviceman stationed in Germany, making it the real deal. Other than the color and name badges, he once again had his first car—by a different name.

Leroy also had fond boyhood memories of his grandfather’s 1955 Chevy pickup. While attending another Barrett Jackson auction, he purchased his red ’55 pickup. It was fully restored and had a 283 V8, and has since been sold.

You can see and hear more about all our cars at the Rollin’ Ranchers next event. Watch for our schedule in the HOA email for outdoor events and monthly meetings. The Car Club goal is to participate in car related events or trips each month. Club members are kept informed of activities and events through GroupWorks, and dues are $10 per year. For more information, email Paul Wawak at [email protected]