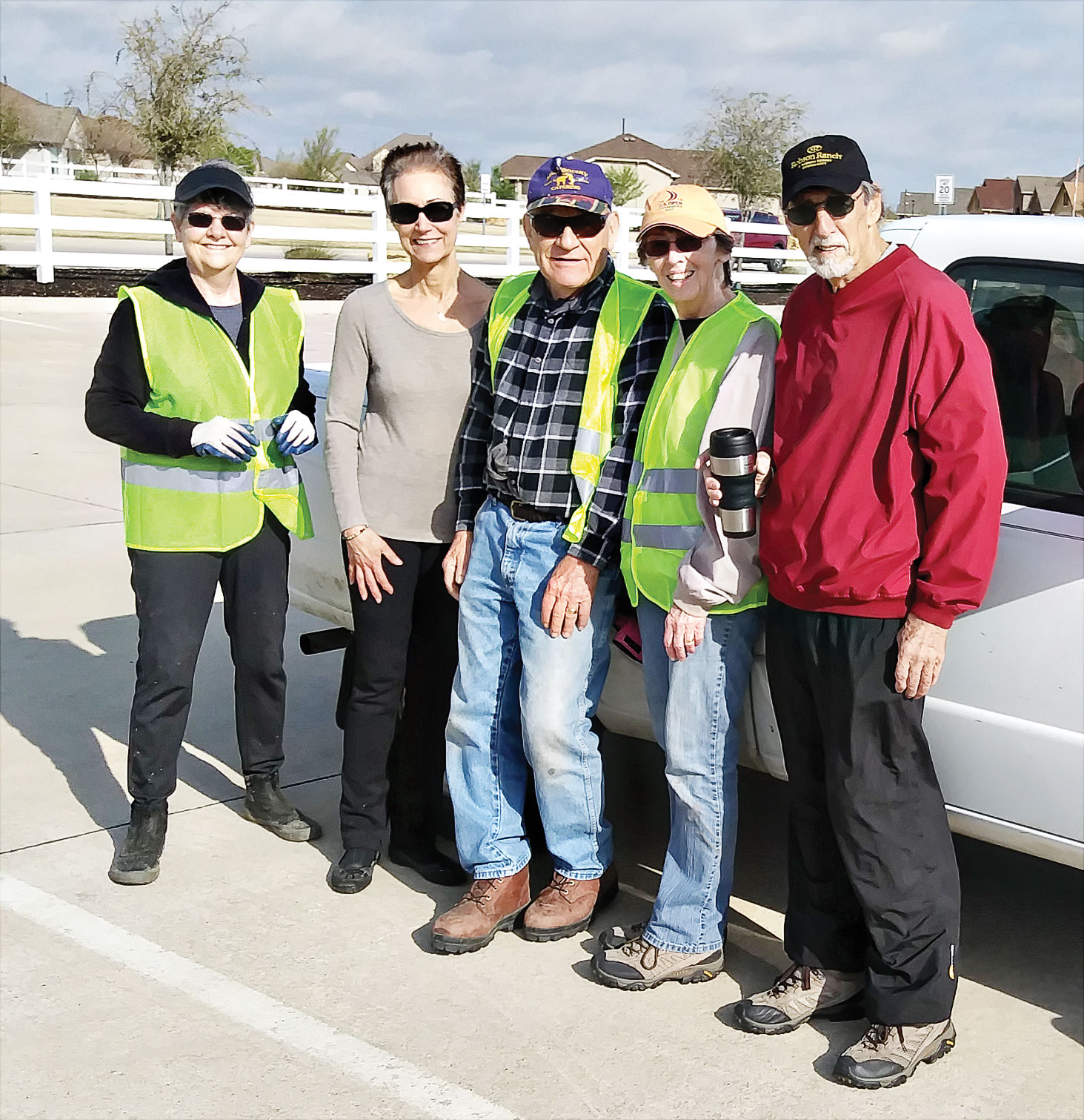 The Keep America Beautiful Great American Cleanup is the nation’s largest community improvement program which takes place annually in an estimated 20,000 communities nationwide. For 30 years, Denton residents have taken an active role in keeping their city clean and beautiful by participating in this program. And just who were these Dentonites? Well, members of the RR Democratic Club, of course!

The Great American Cleanup began as a litter cleanup initiative designed to aesthetically improve our environment by creating cleaner parks, streetscapes and public spaces through litter removal and elimination. To this day, community cleanups remain at the very heart of the campaign and the results are remarkable. In 2018 alone, nearly 60 million pounds of litter and recyclables were collected by volunteers throughout the country.

The program launches annually on the first day of spring with March 23 being designated as Denton’s cleanup day. With weather radar indicating the rain would pass, volunteers from the Democratic Club headed out to Robson Ranch Road with trash bags in hand. Fifteen minutes later, a substantial shower popped up. Convinced the rain would continue for some time, the cleanup was called off.

After everyone was dryly established back home (or so we thought), guess what, the rain stopped! While Richard Kushmaul (event coordinator) was making one last pass up and down the road, he found Wayne Friesner still working away. Overall, the group totaled a couple bags each of trash and recyclables, plus a huge bail of grass, truck tire tread, softball (wonder where that came from?) and two golf balls in pretty good shape (finders keepers!).

The following weekend, the adopt-a-road project was replayed and this time the Democratic Club volunteers braved the cold temperatures. A pickup truck was more than filled with trash and recyclables from the much-needed cleanup.

The weather in North Texas is unpredictable, but volunteers can always be relied on to come through and fulfill the goal of the Great American Cleanup – to clean up litter and keep our community looking clean, beautiful and vibrant! Though hindered by the less than desirable weather, the city of Denton reported this year’s Great American Cleanup involved 501 participants collecting 327 bags of trash and 120 bags of recyclables. The RR Democratic Club was proudly represented with 18 dedicated volunteers – Joy, Bob, Sheri, Lucy, Margo, Jeff, Keith, Vicki, Wayne, Cheri, Elaine, Denice, Leonard, Karen, Mitch, Deedee, Jim and Richard.

The Democratic Club wholeheartedly believes in the importance of community involvement and the lasting, positive impact it has on our neighborhood and city at large. Interested in becoming a part of this dynamic club? Come join us on the fourth Thursday of each month at 7:00 p.m. in the clubhouse. A variety of speakers and community leaders are hosted at the monthly meetings to better inform and educate us as voters on issues affecting our community, state and country. For more information, contact [email protected]