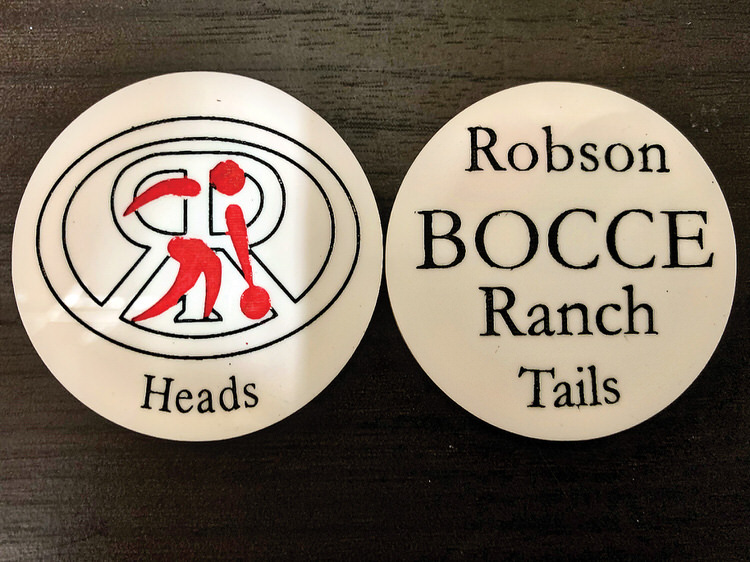 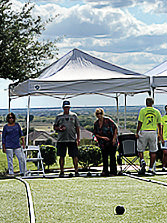 As hard as it is to believe, we are already halfway through the 2021 Fall Bocce Season. Although temperatures may be getting cooler, our players are hitting the courts as hot as ever. Matches are played on Monday, Tuesday, Wednesday, and Thursday at 4 and 6 p.m. The canopies have been a huge success and extremely helpful in reducing the amount of time players need to be in the direct sun. However, due to the extreme heat at the start of the season, many teams opted to play 20-minute matches to reduce time spent in the heat. Thankfully, the weather is getting cooler and as of the week of Sept. 20, all matches are back to 30 minutes.

I, as do some other members of the senior group of residents at Robson Ranch, sometimes find it hard to remember every little detail of what we need to bring to a game. Although we really only need to bring ourselves, perhaps a drink, and, for those of us who are captains, we need to bring a coin to toss to determine which team will start the first match. Well as I said before, sometimes we forget things, especially a coin. It is with a humble heart and many thanks to Kathy Dial and Ray Davis for fixing the coin problem. Kathy applied her Bocce Club logo design to her CNC machine, and then Ray refined the process with his laser. These coins are a really great way to begin matches in style! Thanks again to Kathy and Ray.

If you are not currently one of the many players, come out and watch a match or two from the Grill patio. You’ll be amazed how much fun the players have and be awed by the sense of comradery shown between teams. Everyone cheers for each other and lots of “wow” and “awesome” are heard throughout the courts. Bocce is as much fun to watch as it is to play.