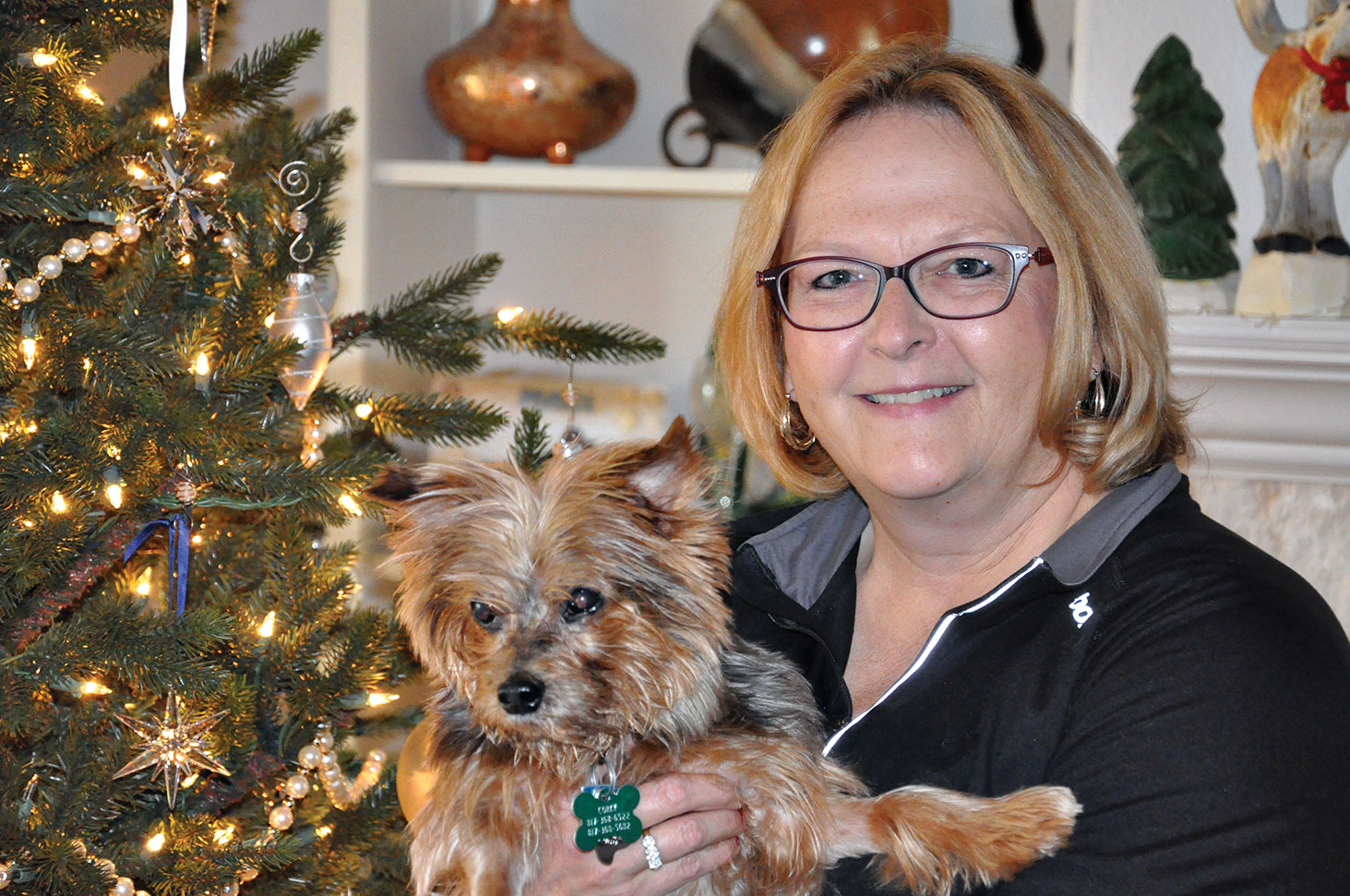 In April 2011 a cute little dog was found wandering near the Robson front gate. With no tags or microchip, the owner couldn’t be located. EARS (Education and Animal Rescue Society) accepted Corky into its rescue with a foster home in Robson. He was totally vetted but was heartworm positive. After getting a microchip and completing heartworm treatment he was adopted in July by a couple from Plano who met the EARS adoption criteria. It looked like Corky the Yorkie would have a happy ending.

But early in 2017 EARS got a call from the Garland animal shelter after scanning Corky’s microchip. He had been brought in by his “owner” for euthanasia due to seizures. In violation of the EARS contract they signed, Corky’s original owner had given him to a friend instead of returning him to EARS as agreed. This friend neglected Corky leading to his deplorable condition: flea-infested, anemic, crippling untrimmed nails, horrible cataracts, with little hair and an awful skin condition. A huge challenge lay ahead for EARS to improve his health, find a foster home and ultimately get this 10-year old dog adopted again.

A desperate plea went out to EARS’ volunteers for a foster. It was a long-shot, but Corky’s picture with a description of his situation was posted on Nextdoor.com. A few hours later Robson resident Rose Depoe read the posting and her heart was touched by Corky’s plight. Rose and her husband Steve, already with two older beagles, agreed to foster Corky.

Corky’s care wasn’t easy for Rose. His rehab required special food and supplements, and Rose bathed him daily for weeks to improve his skin. In a couple of months Corky was healthy again except for his eyes. With help from Dr. Herrington at Chisholm Oaks Veterinary Hospital, Corky was referred to an ophthalmology vet. The initial screening indicated he might be a candidate for cataract surgery, but a comprehensive blood test indicated he had renal deficiencies.

Despite the extra care and expensive medical procedures, Rose and Steve decided to adopt Corky. Rose addressed his renal issues, and he was able pass the hurdle to be considered a candidate for cataract surgery. In November Corky got a new lens in one eye and the seriously advanced cataract was removed from the other eye. With much better vision, “He no longer bumps into walls,” Rose said.

About six years elapsed between Corky’s first visit to Robson Ranch and his permanent residence here with a loving family. That’s a lot of time in dog years. Welcome, Corky, we’re glad you finally live here for good!