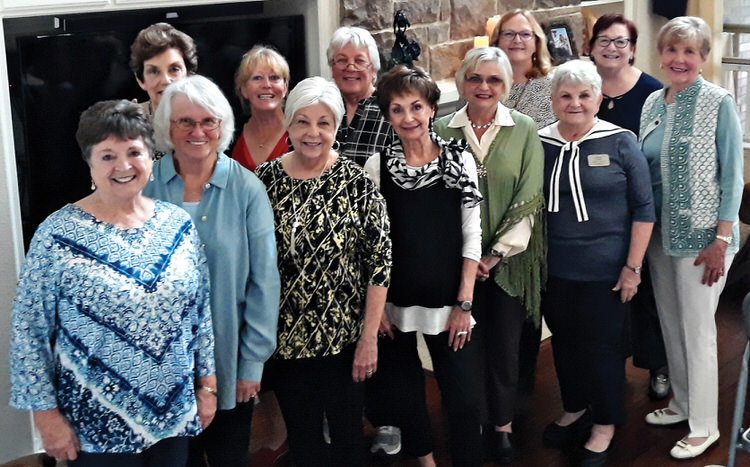 With the temperature near 80 degrees, the patio was a perfect setting for the annual Robson Ranch Women’s Club Past and Present Presidents Luncheon. Teresa Korn hosted the event on Presidents’ Day (Feb. 21) and decorated her patio in red, white, and blue flowers, flags, ribbons, and banners. In recognition of the 20th anniversary of the Women’s Club, each president participated in a video interview, which will be shown at a communitywide celebration on Sept. 6 from 5 to 8 p.m.