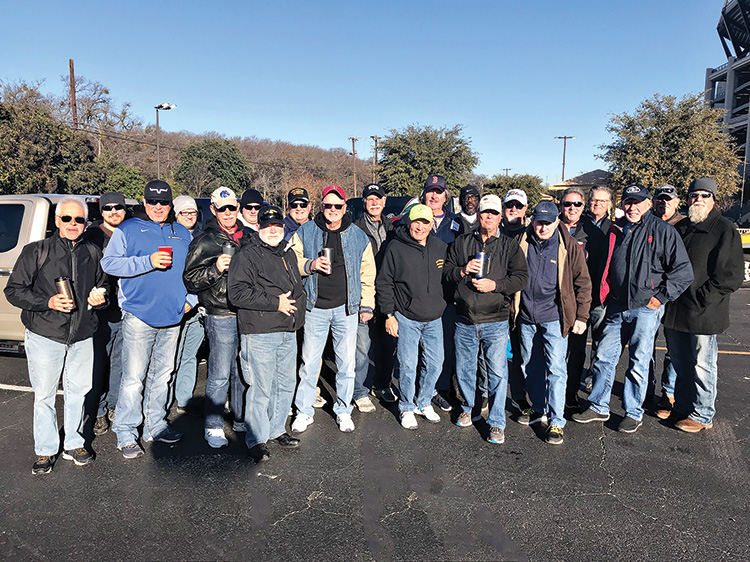 A large number of Robson Ranch residents attended the 17th Armed Forces Bowl at TCU Stadium in Fort Worth. It was a meeting of Southern Miss and Tulane on a beautiful day in Texas. The two schools are separated by only 111 miles. In the 31st all-time meeting between the schools, Southern Miss owned a 23-7 advantage. Organized for the fourth year by Paul Dorwaldt, a caravan of cars made it to the TCU stadium before game time to tailgate with sausage and brisket egg tacos provided by Paul. Henry Moore, a TCU grad, secured the parking passes for the tailgating next to the stadium. A thank you for your service goes out to Mike Conley – Army, Jimmy Burns, Patrick Claytor, Ken Gantos – Navy, and Paul Dorwaldt – Air Force. Jimmy Burns’ sons also were able to attend. Mark Burns was in the army 82nd Airborne Artillery, Matthew Burns is working on becoming a JAG in the Navy and is in law school, and Luke Burns was a nuclear engineer in the Navy. After a first quarter dominated by Southern Miss, Tulane dominated the next three quarters and won the game. The Bowl had attendance estimated at 38,000.