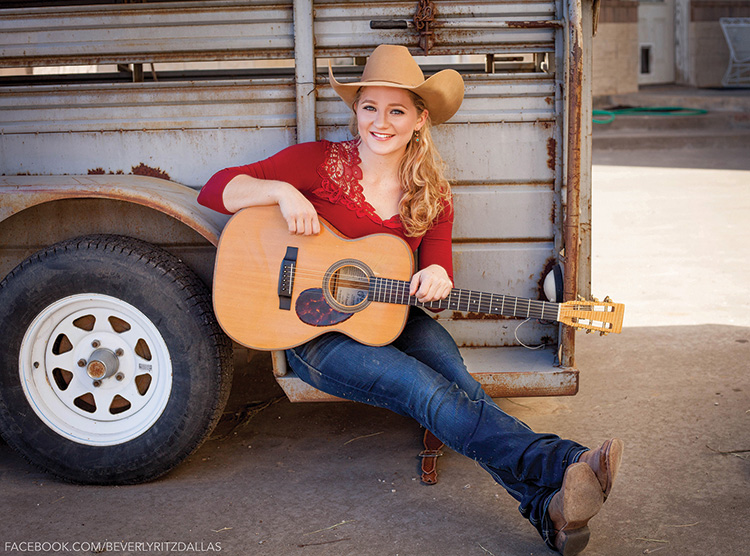 Wear your western duds and join us for some down-home Texas music. Our July 6 entertainer is Texas-bred musical powerhouse, Kristyn Harris, who is noted for her shimmering vocals, solid swing rhythm guitar style, unique songwriting, award-winning yodel, and captivating stage presence! At 25 years old, she is the youngest person in history to be awarded the International Western Music Association (IWMA) Entertainer of the Year, which she has received four years in a row (2016, 2017, 2018, 2019). She is a four-time recipient of the IWMA Female Performer of the Year (2014, 2015, 2018, 2019), was named the Ameripolitan Music Awards Western Swing Female Artist of the Year (2017), the Pro Cowboy Country Artist Association’s 2017 Entertainer of the Year, and Female Vocalist of the Year. Her singing has been praised as “timeless” with “the warmth and power of Texas sunshine.”

Most recently, you might have seen Kristyn featured on ABC’s American Idol, where she performed a traditional western yodeling song for the judges and was granted a ticket to Hollywood. You won’t want to miss this exciting performer, who also will be accompanied by her fiddle player! Get ready for some exciting country pickin’ and grinnin’!

The charity for July is the Denton Community Food Center (DCFC), who I know could use our help. In light of the pandemic, the families the DCFC serves has increased from 25 to 30 per day to 120 per day on the days they are open.

Because of the uncertainty of how many members we will be able to accommodate, if you have not previously paid, please wait for further instructions via the president’s newsletter or HOA announcements.

Put on those boots and hats and join us! Yeehaw!