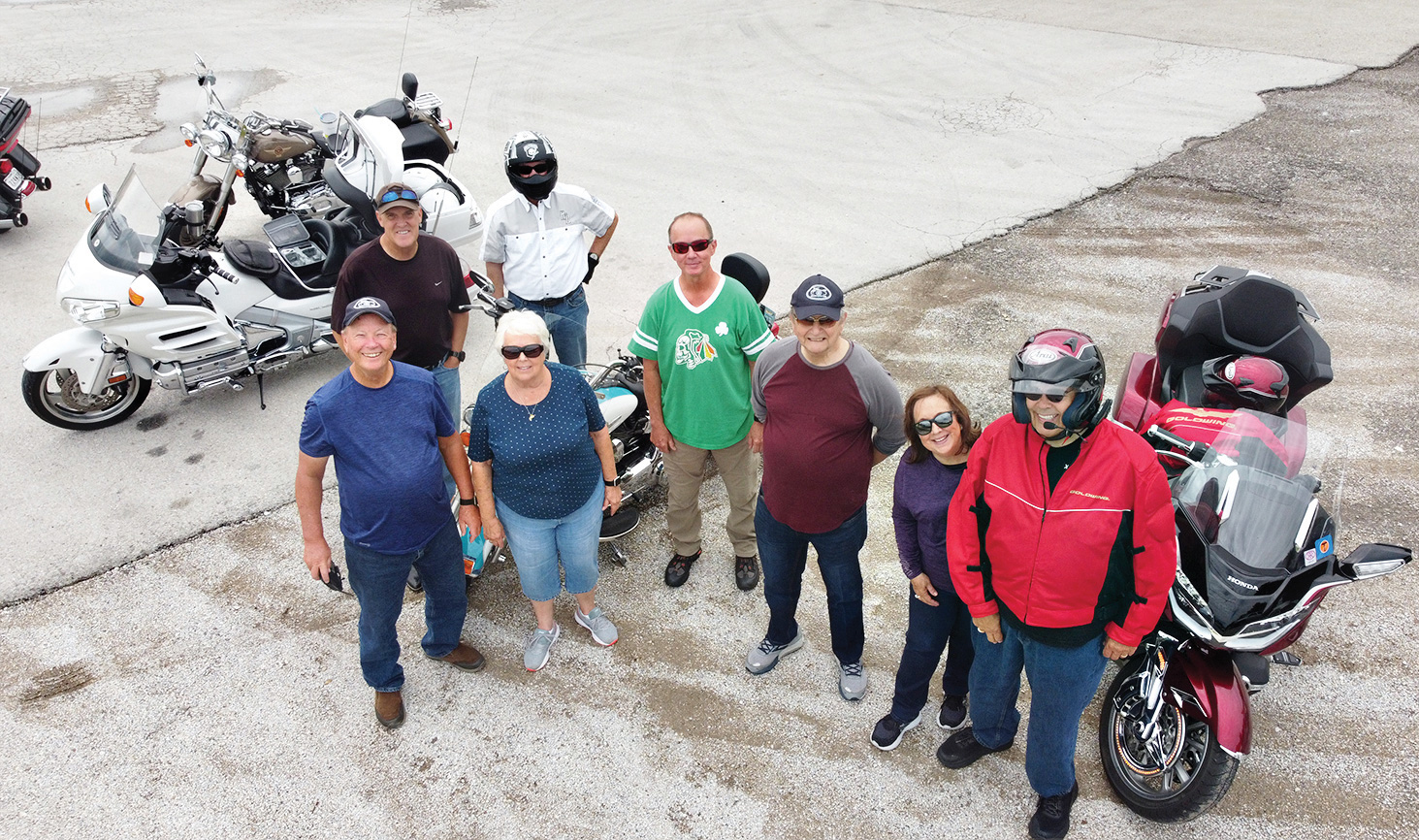 It’s just so great that everything is opening and restarting again at the Ranch. This includes our regularly scheduled breakfast, lunch, and dinner rides. In addition, members are getting the spur of the moment itch and announcing pop-up rides. The Steves (Williams, Haugen, and Wiley) along with Joe Ace and Eddie Schmidt drove to Saint Joe on May 26. After the mandatory stop at the Dairy Queen, they headed for the Red River where they admired and joined some of the floating structures on the river. It was a beautiful day to ride, feel the sunshine and wind, and escape from cabin fever.

June 8, heralded a breakfast ride to the Whistle Stop Café in Decatur. The place is a charming, old-fashioned diner serving American breakfast and lunch at a historic, funky travel center. The food, service, and atmosphere never disappoint. Some have described it as home cooking at its best! Marti and Mike Conley, Steve Haugen, Jim Sico, Nancy and Robert Whipple, and a few others caught some great scenery to and from on the short ride west.

June 16, brought another pop up ride to Aubrey for breakfast. This included a ride around Lake Ray Roberts to Forestburg and back to the Ranch before the afternoon. A big thank you to Steve Haugen for organizing this.

The club had the monthly Thursday dinner ride to Sweetie Pies Ribeyes in Decatur, Texas, on June 24. This has always been a club favorite, especially for their great steaks and scrumptious desserts. Sweetie Pie’s was founded by Paul Vinyard, founder of the hugely popular home-cooking chain Babe’s Chicken. The original Decatur location was opened in 2006, and a new location is in North Richland Hills. They specialize in ribeye steaks, obviously, but also fantastic baked potatoes and pot pies.

The club will participate in the Independence Day Parade at the Ranch on July 3. And we especially look forward to the float decorating party the evening before the parade. We will gather in the cul-de-sac of Vicki and Scott Baker to put our collective artistic touches on our trailer and individual rides.

We will resume our quarterly club meetings on July 22, at the Grill. We will have a buffet dinner at the Wildhorse Grill at 6 p.m. then move to the clubhouse for the meeting. Can’t wait to see the great pictures and hear about the rides so far this year.

Welcome to Debbie and Bill Dodge. We look forward to riding with you.