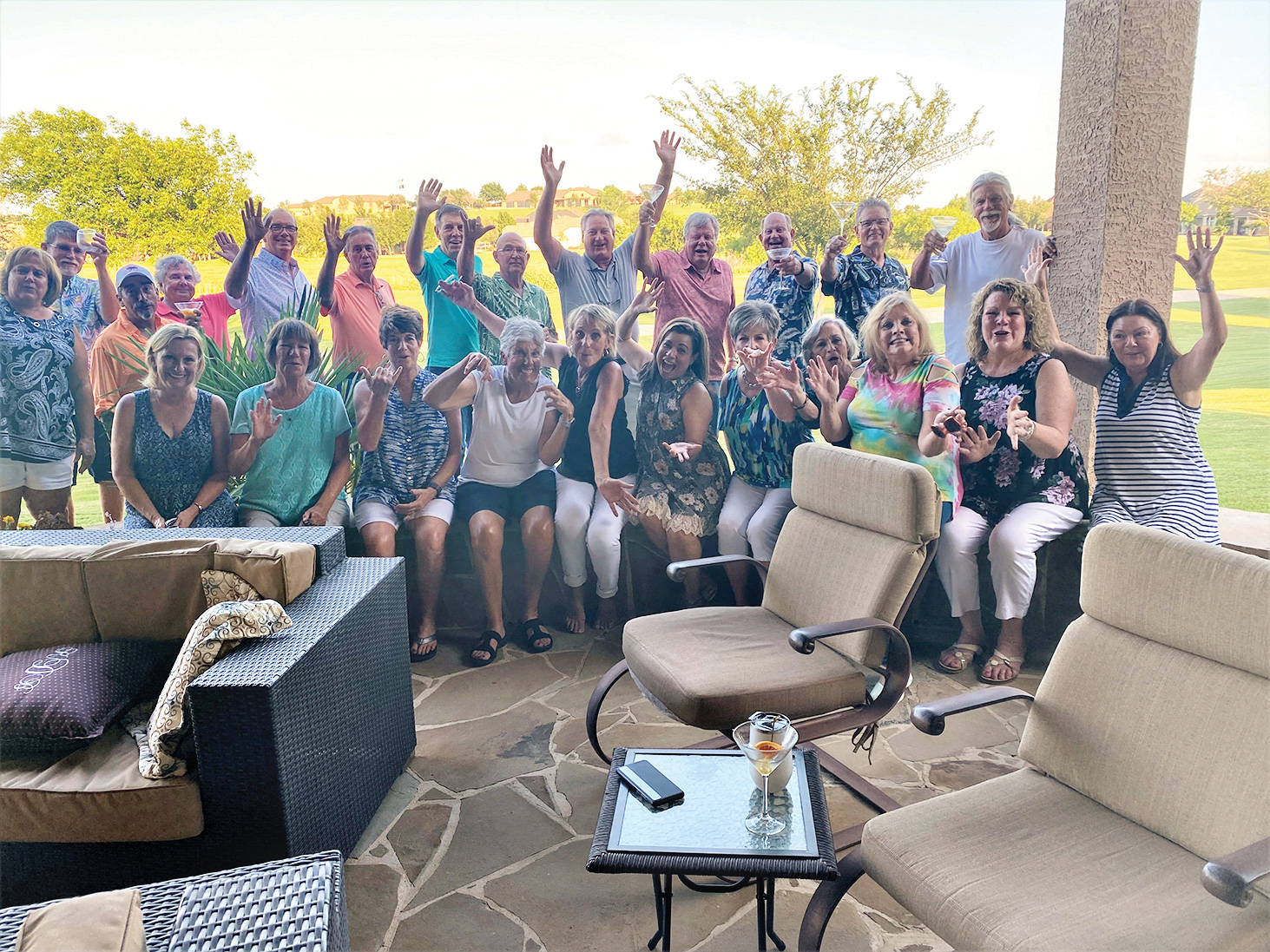 The House Band (host) for the June meeting of the Rock and Roll Martini Group was Bev and Keith Daly. Last year, Bev and Keith hit it out of the ballpark with a live performance of the Alessi Brothers. The Alessi Brothers, also known as Alessi, are an American pop rock singer-songwriter duo who first came to international prominence with their 1977 hit single “Oh Lori.” The duo are identical twin brothers, Billy and Bobby Alessi. This year Bev and Keith had another live band, Now and Then! The Rockers (members) and guests rocked the patio to music from the 50s to the 80s—another great live concert. As always, the food was over the top. Keith and Bev served pulled pork sliders and pinwheels and the rest of the Rockers and guests filled in with an abundance of appetizers and desserts. It was a great rock and roll evening! Until next month, rock on!