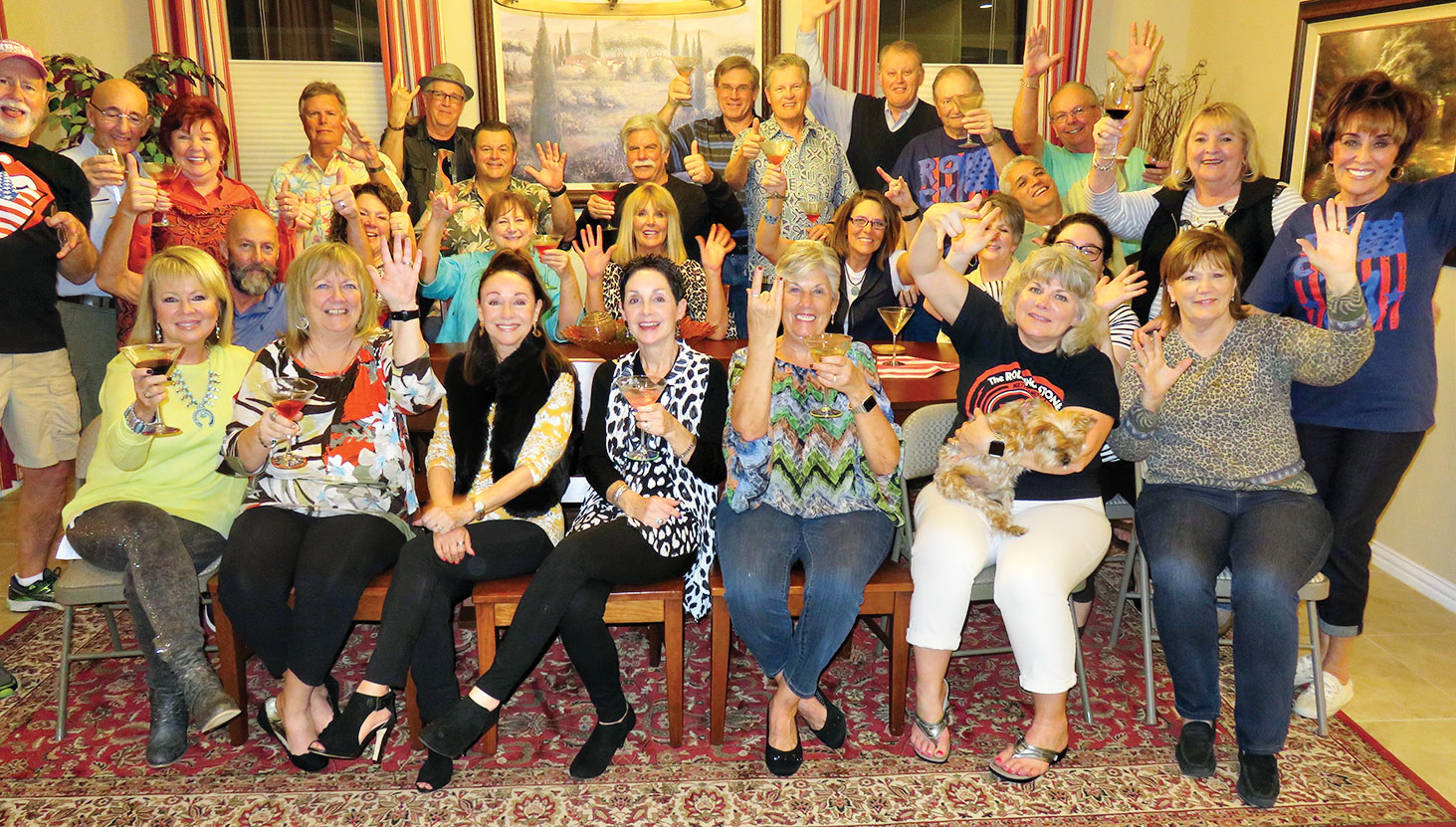 The house band (host) for the February meeting of the Rock and Roll Martini Group was David and Susan Parker. Tradition dictates that the house band gets to pick the Rock and Roll band for the evening. Lynard Skynard was picked and Robson Ranch became “Skynard Nation” for the evening. The band was known for popularizing the Southern rock genre during the 1970s. The band was originally formed in 1964 as My Backyard in Jacksonville, Florida. In 1969, the band finally decided on Lynard Skynard as their name. The name was a mocking tribute to physical education teacher Leonard Skinner who was notorious for strictly enforcing the school’s policy against boys with long hair. Lynard Skynard has sold 28 million records in the United States. They were inducted into the Rock and Roll Hall of Fame in 2006. The evening included a record of four different martinis for the rockers (members) to enjoy. The rockers enjoyed mango cran-tinis, Pina Colada martinis, cucumber watermelon martinis and cran-tropic-tinis. A new record was set for the group. Only one martini glass was broken during the fun of the evening. A Southern theme for food included Southern cheese grits, shrimp, corn muffins, banana pudding and lemonade ice box pie. After a record four martinis, loud Rock and Roll music and friendship, the group adjourned until next month. Rock on!