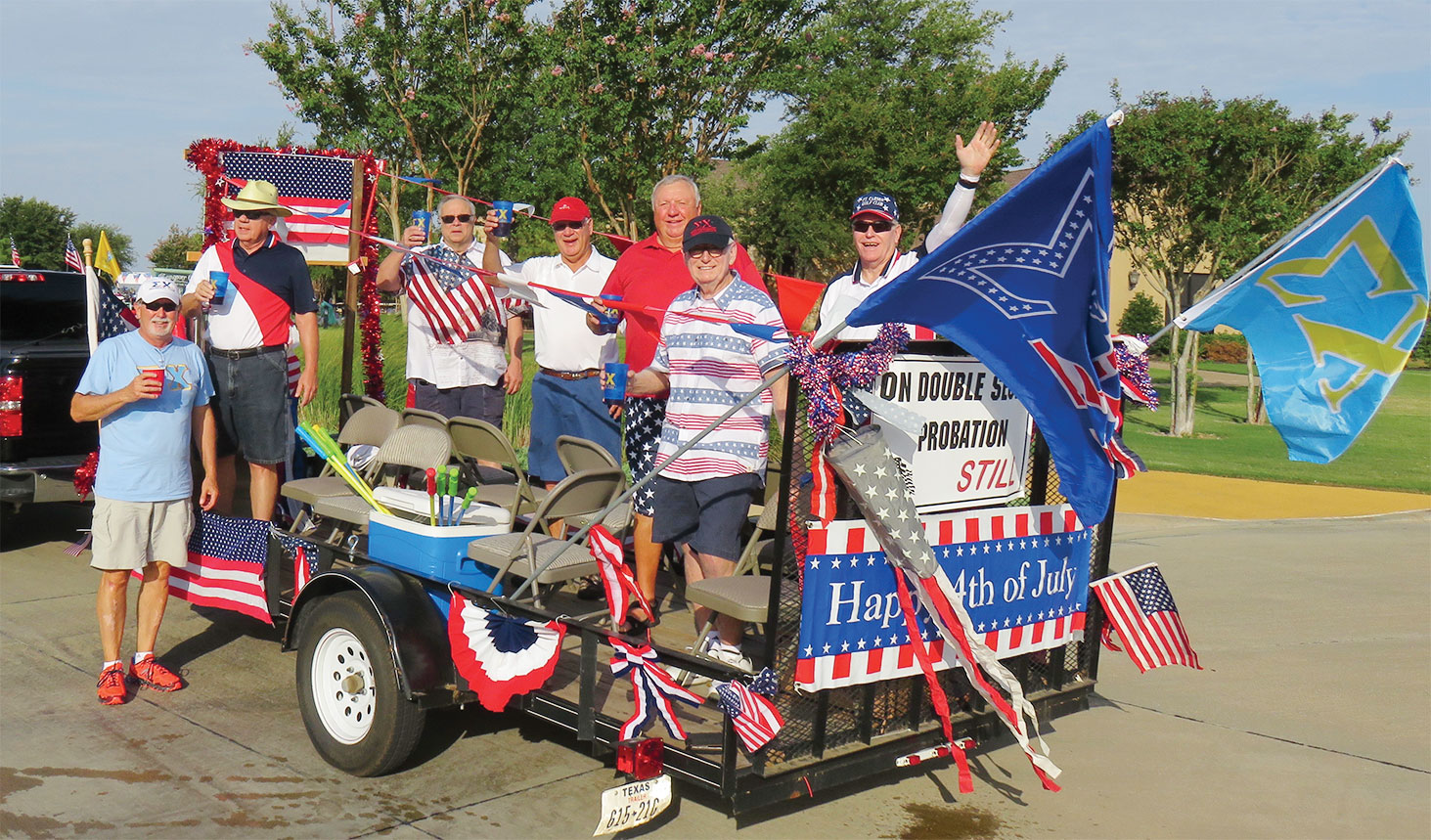 At their last meeting in June, the Sigma Chi brothers put the final touches to the plan for their third annual float in the Robson Ranch 4th of July parade. Brother Mick Fox secured a trailer and a truck from his son Matt. Brother Chuck Newcomer upgraded the sound system to a 1000-watt system playing the theme to Animal House. The brothers and sweethearts gathered at the chapter house on July 3 for the annual decorating of the float. With the temperatures above 100 degrees, the brothers took short shifts outside decorating the float. Food and drinks were flowing in between the decorating. On the morning of July 4, the brothers loaded the chapter kegerator on the float along with squirt guns and plenty of water to soak the crowd. The brothers voted the Sigma Chi float as the first place winner in the fraternity division. The float was definitely a crowd favorite for those who were not hit by the squirt guns. The group remains on double secret probation at the Ranch! Any Sigma Chi’s living at the Ranch that would like to join the group, contact John Humphries at [email protected]