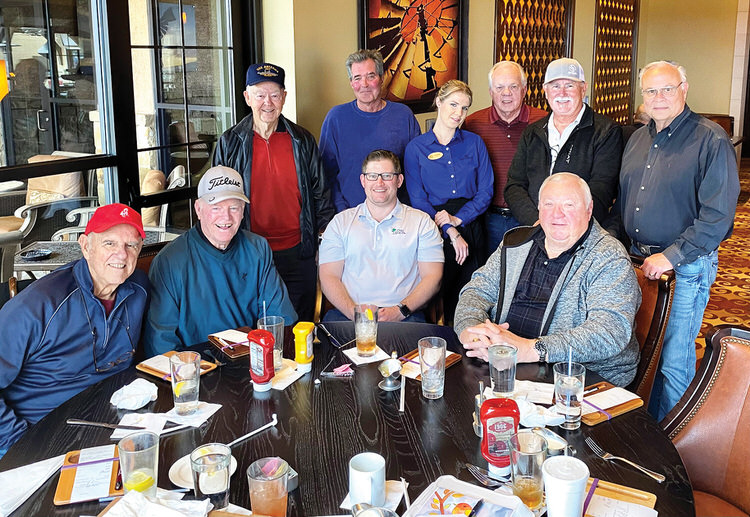 The Sigma Chi Brothers at Robson Ranch met on a cold and windy March day. The Brothers gathered around the traditional roundtable at the Wildhorse Grill. Brother Mick Fox offered a prayer before the meal. Included in the prayer was a special focus on the health of one of our Sweethearts, as she faces some health issues. Also included in the prayer were the people of Ukraine. Topics of discussion were, of course, golf, the Ukraine war, and travel. We also had a special guest, as Brother Justin Lemish was able to attend. After a vote of the Brothers, the honorary Sweetheart of Sigma Chi for March was Campbell! The group is still on double secret probation at the Ranch! Any Sigma Chis living at the Ranch who would like to join the group, contact John Humphries at [email protected]