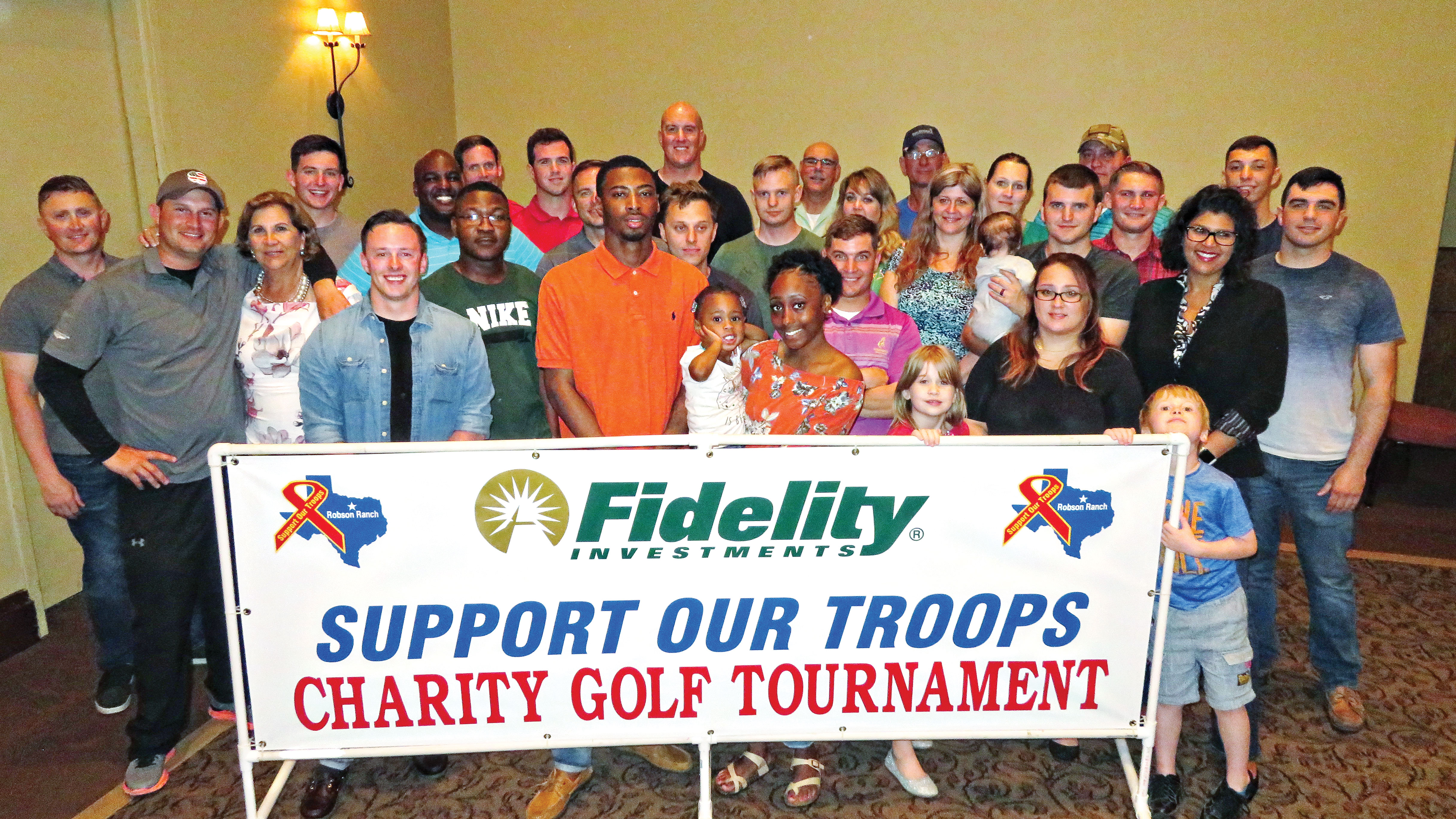 The 2019 Fidelity Investments Support Our Troops charity golf tournament will take place on Friday, April 26. Once again, active duty military personnel from various military installations will also participate and be hosted by generous Robson Ranch residents who open their homes to the visiting military guests. A military guest honor dinner, open to the public, will also be held the night before the tournament on Thursday, April 25 at 7:00 p.m. Any Robson Ranch resident who would be interested in hosting a military guest or attending the honor dinner can contact Robson Ranch resident Bill Moore for more information. The SOT charity golf tournament is open to the public and entry forms can be obtained in the Wildhorse golf pro shop or downloaded online from the SOT website, supportourtroopstexas.com on March 1. All proceeds from the tournament, less expenses, go to the SOT charity.