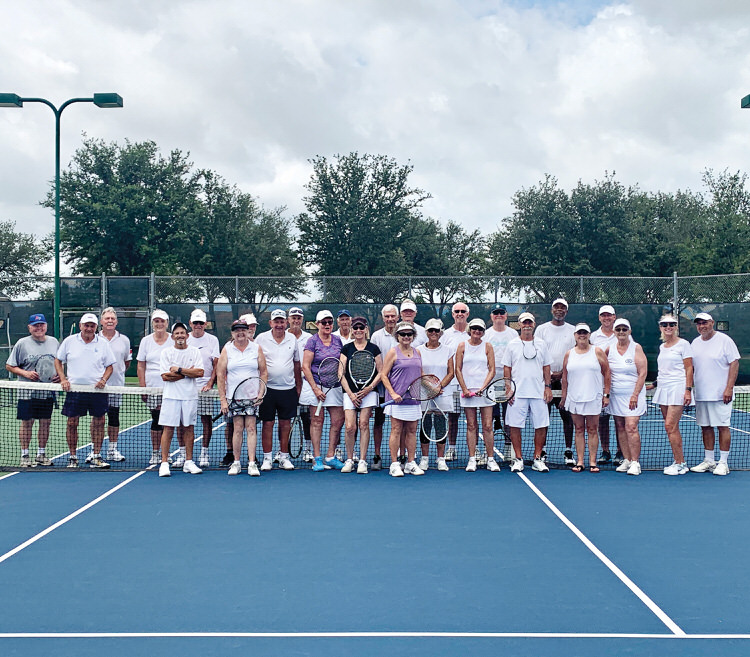 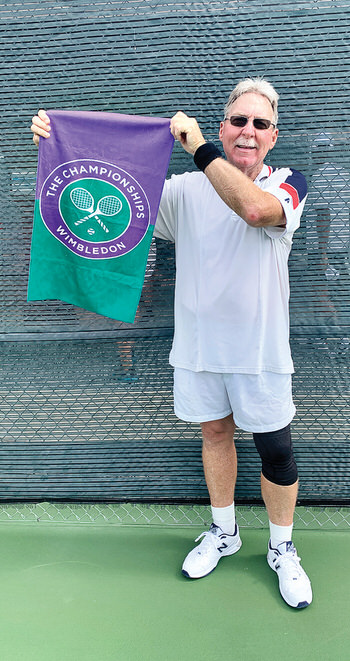 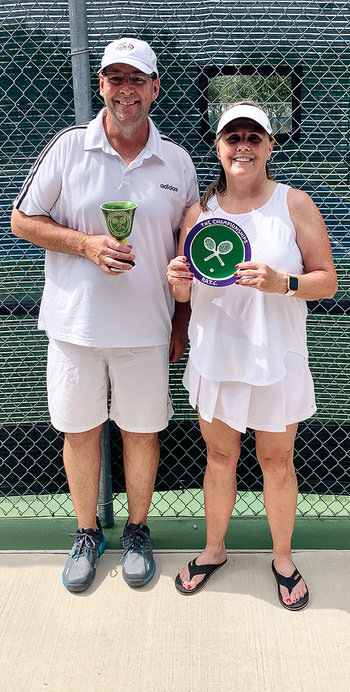 The Tennis Club members got out their Wimbledon Whites for the Saturday morning tournament on July 10. President Jerry Nissen coordinated a round robin format for all of the players. Spencer Folsom and Andrew DuBose tied for first place. Spencer took sole possession of first in a lob off. Men’s second place went to Tom McLaughlin, and John Manzo took third. The Women’s trophy plate went to Carol Reyes.

After play, strawberry shortcakes topped with whipped cream were enjoyed in the shade at the Ramada.

If you are interested in playing tennis, several options are available. Courts can be reserved by a group of players. Drop-in tennis is starting at 8 a.m. during the summer months. Mixed doubles are played on Monday, Wednesday, and Friday mornings. It’s ladies only on Tuesdays, Thursdays, and Saturdays. The men also play on Thursdays from 6 to 8 p.m. Join the Tennis Club for just $10 by dropping your check in the mailbox in the Sports Center.