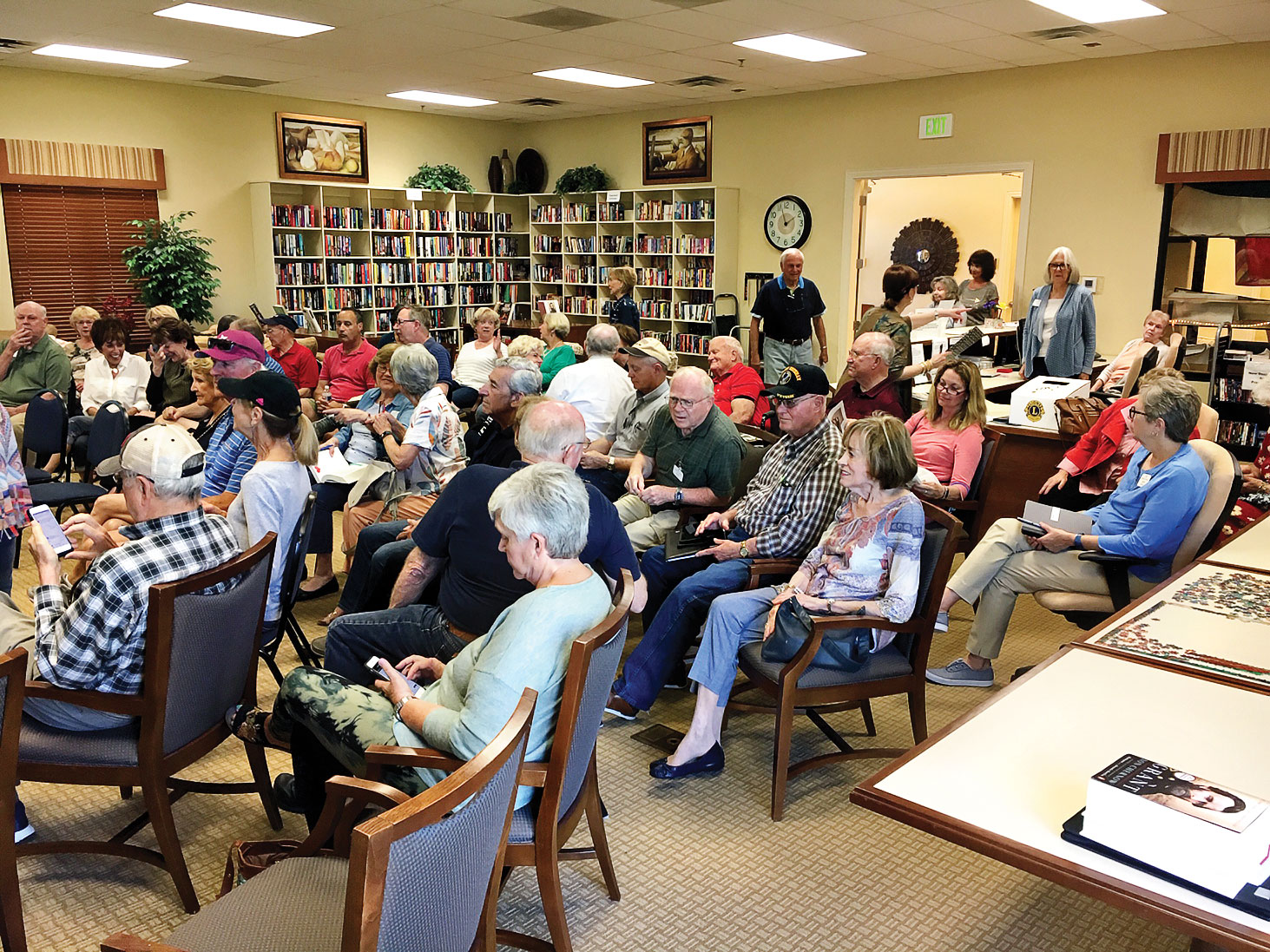 A capacity crowd at The Grant Event.

By any measure, the discussion in the library on Ron Chernow’s acclaimed biography, Grant, was a major success!

On April 25, a beautiful spring day in Texas, sixty-three people gathered in the library to enjoy the third installment in Friends of the Library’s FRIENDS with WORDS Series. This was the first non-fiction book in the Discussion Series and, despite the pull of outdoor pursuits, it drew quite a crowd! Why? The book! The author! The panel!

There’s a strong interest in history in the Robson community, and this book offers a comprehensive and fascinating biography of Ulysses S. Grant, the Civil War general and Reconstruction president. Published in 2017, Grant spent four months on the bestseller list and was named one of the ten best books of the year by The New York Times. Ron Chernow, one of the most eminent biographers of American presidents and statesmen, paints a rich and sensitive portrait of this complex—often misunderstood and under-appreciated—historical figure. It was easy to predict that this book and author would lead to an engaging and informative afternoon!

The knowledgeable and well-prepared panel was as important to the discussion as the book and author, and the panel members rose to the occasion with skill. They highlighted important aspects of Grant’s life, while all the while encouraging audience interaction. Brigadier General (ret) Mike Hall, drawing on his military experience and knowledge and sharing his passion for history, led the panel. Panel members La Donna Womochel and Don Andrews made major contributions to the discussion as well. La Donna brought her interest in Grant as well as her teaching experience in dissecting and making the themes and subject matter of books accessible. And Don, who hails from Tennessee, shared his keen interest in this period of our nation’s history from the perspective of the south. The three of them did an amazing job!

The audience was engaged and involved to such a degree that the discussion ran over the intended two hours in the library! And it then spilled over to the “After-the-Book Social” at the Wildhorse Grill!

Next in the FRIENDS with WORDS Series is an exciting two-day event, celebrating the 50th anniversary of the moon landing. The celebration kick-off will be a showing in the clubhouse on August 14, of the popular large-screen film, In the Shadow of the Moon, which documents the Apollo program. On the following afternoon, in the library, a panel-led discussion will be held on the recently released book, Shoot for the Moon: The Space Race and the Extraordinary Voyage of Apollo 11, by James Donovan. Additional fun surprises are in the planning stages now. August 14 and 15, are days you’ll want to help FOL celebrate this extraordinary feat of American determination and share your own recollections of July 20, 1969. Mark your calendars!