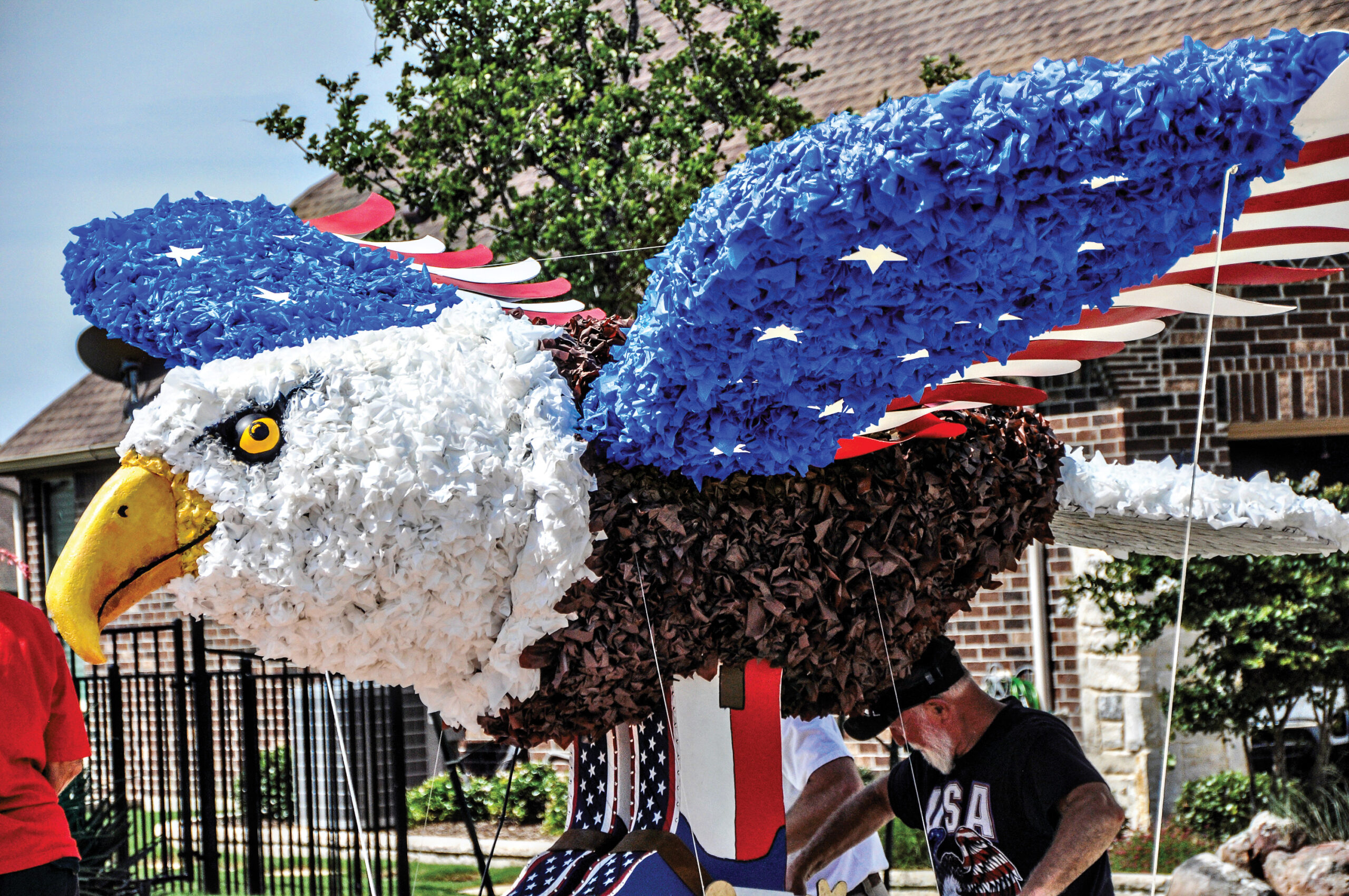 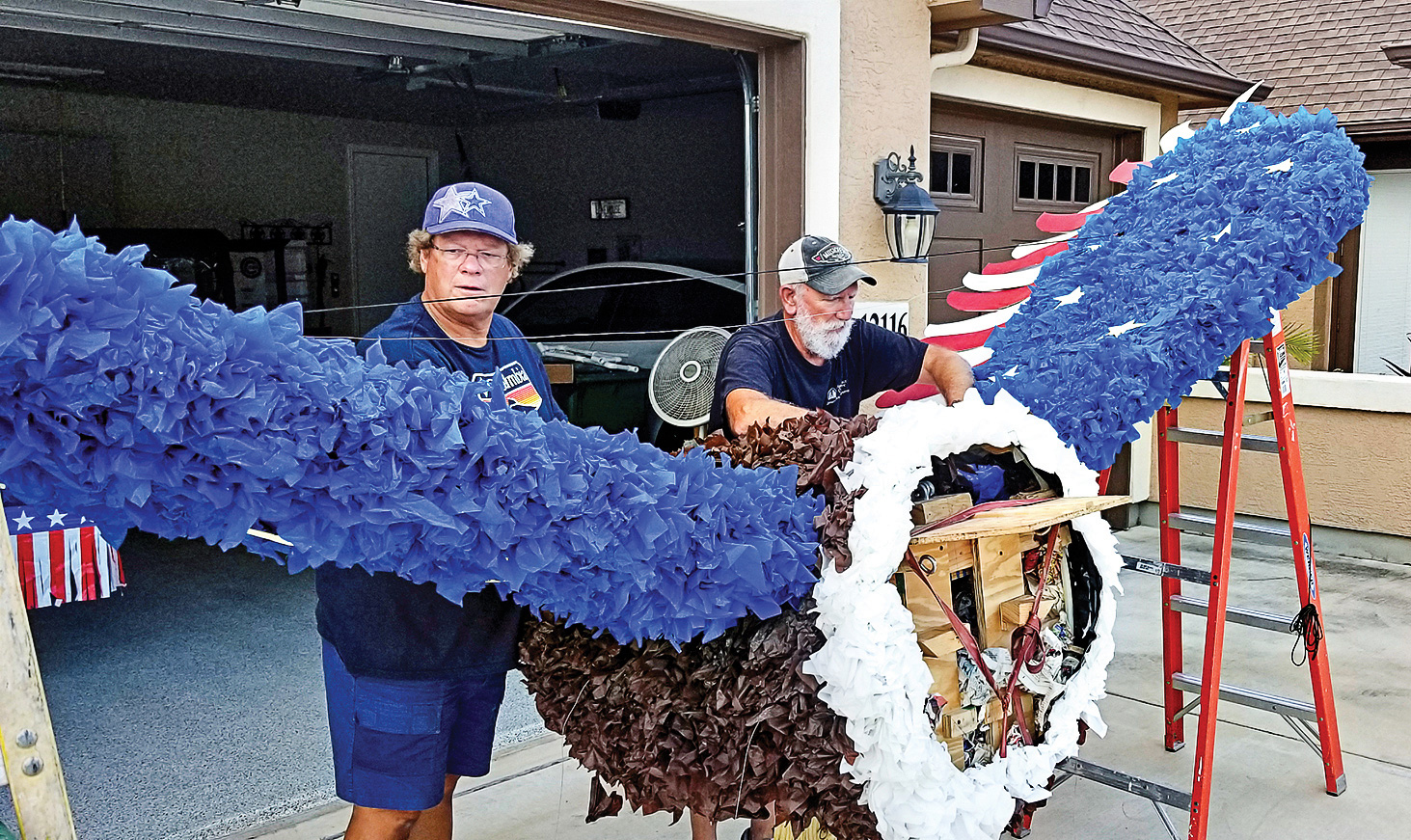 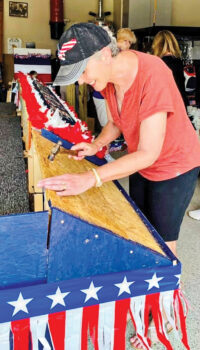 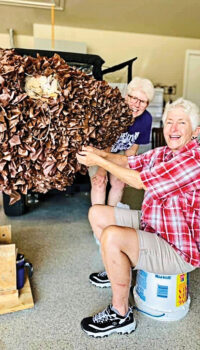 Having endured the many long months of COVID-19 isolation, the West Winger Neighborhood reemerges with a renewed sense of patriotism and pride. Once again, The Betsy Ross float joins in the Robson Ranch Fourth of July parade.

We proudly nicknamed ourselves “West Wingers” because the streets in Section 10-1 are named after birds. In keeping with the bird theme, neighbor Mary Morse designed the float as a large three-dimensional eagle with wings, lovingly called The Betsy Ross.

We built The Betsy Ross with the help of over 60 West Winger neighbors, putting in more than 355 hours of work. The eagle has a 20-foot wingspan and sits on an 18-foot trailer. Betsy’s wings and body are made from chicken wire, with over 12,000 plastic tablecloth squares covering the body to form the feathers. Mary Morse designed the float to reflect her West Texas roots, spending hours conceptualizing the eagle and positioning the majestic red and white feathers. Mike Slusher, the master builder, used his experience in building floats to make The Betsy Ross become a reality, forming the eagle’s body and wings, using industrial pulleys and air hydraulics to make the wings move. He also added his touch to the float by painting the boots with the colors of the Texas State flag and adding gold spinning spurs.

The float sits on a patriotically themed trailer with the words “United We Stand” prominently displayed, reflecting our neighborhood’s respect for our nation, the American flag, and our U.S. military veterans. The Betsy Ross was towed by Fred Self and had an honor guard of numerous West Winger golf carts.