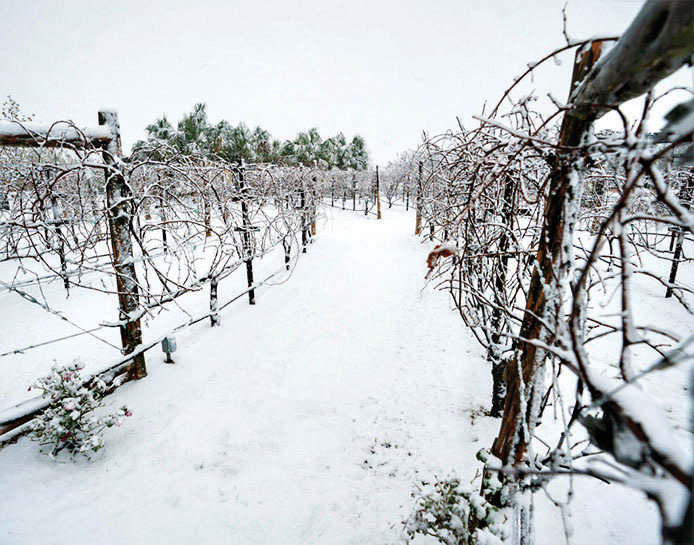 Winter storm Uri, which devastated most of Texas, is estimated to have caused 600 million in damages to Texas Agriculture, according to AgriLife Extension Economists.

Our state director recently discussed the storm and its impact. “A large number of Texas farmers, ranchers, and others involved in commercial agriculture and agricultural production were seriously affected by winter storm Uri,” said Jeff Hyde, Ph.D., AgriLife Extension director, Bryan-College Station. “Freezing temperatures and ice killed or harmed many of their crops and livestock as well as causing financial hardships and operational setbacks. And the residual costs from the disaster could plague many producers for years to come.”

Specifically, in Denton County, farmers had trouble finding fuel and fuel additives to keep diesel generators and tractors running. Cattle and livestock suffered extremely low temperatures. In the valley in south Texas the citrus industry expected huge losses, and fishing guides are estimating a large impact on recreational fishing on the coast. “It’s real similar to the fish kill we had back in 1983 and 1989, it took about three years after each one for our fish population to recover,” said Port Mansfield fishing guide Dennis Walker.

USDA Farm Service agency has set up multiple programs that provide support for loss from the storm.

“Texas’s hardworking ag producers feed our neighbors, the nation, and the world,” said Acting State Executive Director Eddie Trevino. “When they suffer losses because of extreme weather, helping them get back on their feet is important. We encourage those affected to reach out to their local USDA Service Center to apply for these emergency loans.”