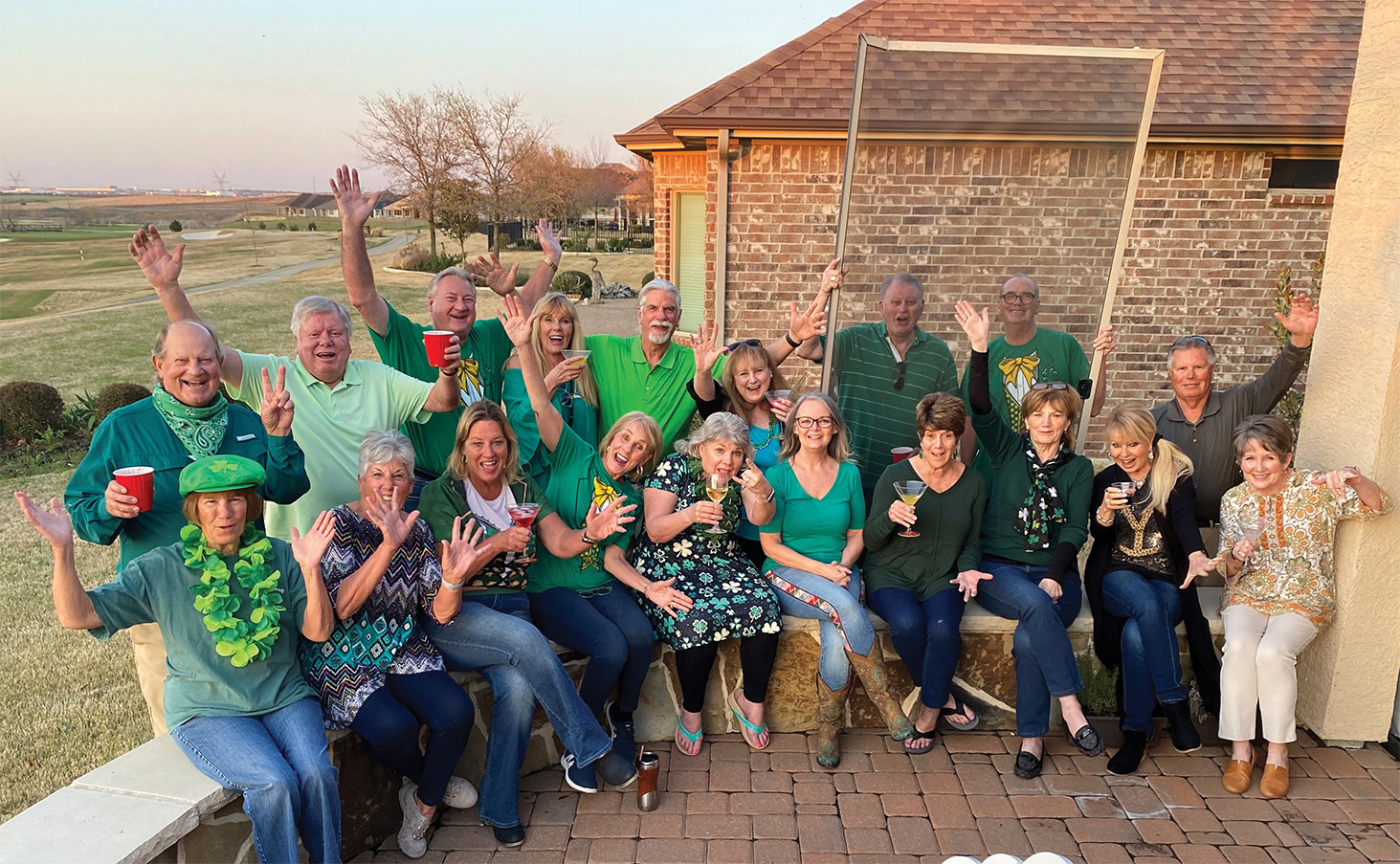 The Rock and Roll Martini Group dusted off the personalized martini glasses and fired up the first party since the shut down! The house band (host) for the first meeting after the COVID shutdown was Susan and Dave Parker. All the Rockers (members) that attended were COVID vaccinated. Because it was a year since we last met, and it was March, it had to be an Irish Rock and Roll fest! The featured rock bands for the evening were Cleghorn and Gaelic Storm. Cleghorn is a Texas Celtic rock band featuring John Cleghorn, Dylan Cleghorn, Mike Griffin, and Paul Muller. Cleghorn music mixes original songwriting with blazing traditional Celtic fiddle tunes. Gaelic Storms’ musical output includes pieces from traditional Irish music, Scottish music, and original tunes in both the Celtic and Celtic rock genres. The band had its first big break in 1997, appearing in the film Titanic, and recording songs on the movie’s soundtrack album. The main dish for the night was Bangers and Mash (colcannon), a traditional Irish meal. The martinis for the evening were Lucky Charms and Pot of Gold. It was also rumored that a number of Irish car bombs were consumed. The other Rockers filled in with assorted appetizers and desserts. Only one screen door was harmed in having this party. Until next month, rock on!